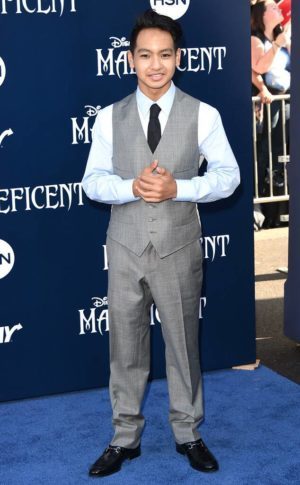 In late August 2019, Angelina Jolie saw her son Maddox Jolie-Pitt off at Yonsei University, where he commencing his studies as a biochemistry student.

Maddox and mother Angelina toured the campus back in November 2018 when she visited Seoul as a special envoy to the “United Nations High Commissioner for Refugees.”

With the news, it became evident that Maddox wouldn’t enjoy the perks of being Hollywood royalty like he used to while back in America. It made his mom a little concerned about his protection.

Scroll down to get to know more about the son of superstar and his wiki-type bio.

Maddox was adopted from a Cambodian orphanage. According to reports, he and his adopted mom instantaneously clicked with each other.

Angelina was filming “Lara Croft: Tomb Raider” at that time and was married to Billy Bob Thronton. She solely took custody of Maddox at that time.

He boasts of Cambodian-American heritage.

While Maddox Jolie-Pitt and mother Angelina Jolie were always thick as thieves, he and father Brad Pitt never saw eye to eye.

The crack in their relationship first began to show around mid-September 2016. Per reports, Maddox and Brad got into an altercation during a 12-hour flight from France to LA.

At the peak of the tension between the two, Maddox reportedly hated being associated with his estranged dad. Brad, meanwhile, considered their fractured relationship “a tremendous loss.”

Fast forward to February 2020, reports surfaced that Maddox and reformed Brad had made amends. The “Once Upon A Time In Hollywood” even dropped career obligations to be with his son.

Maddox Jolie-Pitt joined Yonsei University in Seoul South Korea to pursue his higher education in the field of Biochemistry. He enrolled in early September of 2019.

Yonsei University is also known as one of Three Sky University for its prestigious history and high-profiled Alumni. Several celebrities from actors politicians go to that college who are accolades holder in their field of expertise.

Per reports, Maddox would live with minimal privilege. Also, he wouldn’t be staying there alone but would be sharing the living space with another student. 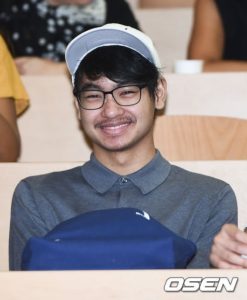 Maddox-Jolie-Pitt or in short “MJP Foundation” started back in 2003.

Maddox has worked on a few movies contributing in different ways. He starred in ‘World War Z’ as an actor. Meanwhile, he produced 2017 ‘First They Killed My Father’ which received a Golden Globe Awards nod in the category Best Foreign Language Films.

Back in 2013, Maddox was dating a British actress Elle Fanning while in England.

Talking about his love life, Angelina broke the news of her eldest son having a girlfriend. The “Wanted” actress shared,

While filming “Maleficent,” Angelina and her co-star Elle Fanning got close. She later invited Fanning to meet her family.

Elle and Maddox, in a rental home in England, connected over the mutual love of Sci-Fi movies.