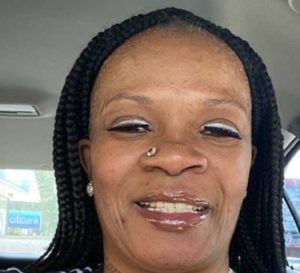 One of the main storylines featured over seasons in Love and Hip Hop was the relationship between Yandy Smith and her adopted daughter Infinity Gilyard. But on the show’s season 9, an interesting new character made her way to the mother-daughter life, it was Infinity’s biological mother, Lorraine Gilyard.

So, who is she? Learn everything about Infinity’s biological mother over this  Lorraine Gilyard Bio.

What Happened Between Infinity Gilyard And Her Biological Mother, Lorraine Gilyard?

Lorraine Gilyard’s side of the story slightly differed from her daughter Infinity’s explanation in Love and Hip Hop. As per Lorraine, she “messed up as a mother” and was “sorry she couldn’t be there for her”. But she was never abusive. Though children’s services were called on her to say she was abusive, Lorraine plainly refused that was ever the case.

However, the services team wanted to place Infinity somewhere.

So, instead of sending Infinity to a foster care system (which Infinity claimed she did), she went to live with her grandmother. And it wasn’t until November 2017, Infinity went to foster care.

Infinity and her adoptive mother Yandy first met while she was in her seventh grade. She recalled that her future mother popped up one day during her mentorship program and started looking after her. (Infinity was later kicked out of the program by Yandy in March 2020.)

Finally, after some trials and tribulations, Infinity was legally adopted in December 2019.

Lorraine Gilyard first appeared on Love And Hip Hop in 2019, when she spoke to Yandy about her ordeals with Infinity. At the time, she claimed that Infinity was a liar and defiant. Also, she added that Infinity had a few behavioral issues — such as sneaking out at “2 a.m. or 3 a.m”.

Over a few clips, we also saw Infinity getting triggered after Lorraine met Yandy.

Fast forward to two seasons more, in the August 2021 ep of LAHH, Infinity was seen crying and revealing she feels like her Lorraine was putting her “right back out”.

So, what the future holds for them, only time can tell.

Fun Fact: Despite pointing fingers, Infinity still loved her biological family and often went to spend time with them.

Also, if you are curious, she was 29 years of age when she had Infinity.

Corresponding to her birthday, Lorraine is of the Cancer zodiac.

Lorraine Gilyard’s maiden name remained unknown as of 2021. However, we do have a little info about her family, if that’s of any help.

As per her Facebook, Lorraine seemed to be a family person. She had pictures of her dad (Raymond), her mother, and her siblings over her Facebook. Also, her grandfather was alive and well as of 2021.

Overall, they looked very close and religious. Even Lorraine often shared her prayers and love for Jesus over his socials.

Lorraine Gilyard stands tall at a height of under 5 feet 6 inches (167 cm).

Mentioning her distinct features, Lorraine has a scar mark at the side of her right eyebrow, and a wide forehead. Also, she loved waring nose piercings.

We could only find her Facebook account then. Her profile picture was a selfie & her cover photo flaunted her granddaughter.

Lorraine Gilyard didn’t talk much about her job but she did say that she worked hard for money. Looking at her jobs pictures, we have a vague guess that she might be employed as security personnel of some sort.

Also, we’ve stumbled upon a LinkedIn account that might be hers. It mentioned that she was a Sr Operator working at Captial One.

You might be surprised, but Lorraine even had an IMDB account credited to her time in Love and Hip Hop.

Lorraine Gilyard’s love life is an enigma to us. As of 2021, neither Lorraine nor Infinity ever talked about the mystery man behind their life. So, we have no information about Lorraine’s husband.

However, we do know that she has six kids, all raised in Brownsville, TX. According to Lorraine, it was a tough job raising the bunch in the hood. “But I did It. All 6 of mine is blessed and highly favored in Jesus’ name amen,” she said.

Apart from Infinity, we know Lorraine has a son named Ice and a daughter who turned 39 on October 6, 2020. (both are older than Infinity)

Also, Lorraine is already a grandmother. She has two beautiful grandbabies named Kelani, and Chloe.

Fun Fact: Lorraine wished herself a “Happy Valentine” in April 2015 over FB. She tagged Jermaine Harris over the picture that flaunted a rose postcard and a chocolate box.