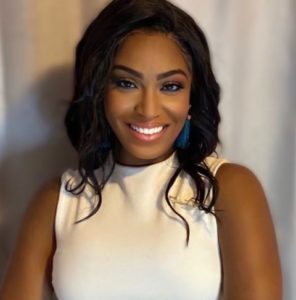 In 2021, the Washington D.C.-based model, Octavia Bellinger was set to make her debut on TLC’s reality show Darcey and Stacey. As an ex-wife of Darcey’s partner Georgi Rusev, she has earned the attention of the TLC reality star.

So, let’s learn about Georgi Rusev’s ex-wife with this Octavia Bellinger Wiki before the drama breaks out.

Octavia Bellinger and Georgi Rusev met each other in 2016-2017, at a modeling event. At the time, Georgi had a daughter from another relationship but was separated. Since they clicked instantaneously, they started dating each other for six or seven months.

The couple stayed married for three years before their marriage fell apart. The sweet and blissful romance from the beginning faded away after a while, and they started visiting the old problems and arguments.

By the time, Georgi had moved in with Darcy, Octavia and Georgi were separated. But, the divorce of the couple hadn’t been finalized yet (2021), which was why he still rented a room in D.C. The court date for divorce was pushed away because of the COVID-19.

So, the question arises, who is the father of her daughter Aveyah. To shared about her daughter, Aveyah is immersed in nature and loves animals. On her daughter’s birthday, Octavia Bellinger decided to support The Rare Species Fund.

However, there is no information on Octavia’s baby father. She appears to be taking care of her daughter as a single mother.

Her Darcey And Stacey Appearances

During her conversation with Darcey, Octavia shared that there was one time she was on his computer, a sugar mama website popped up when she was using it. So, there were a whole lot of beans that were spilled by Octavia on the show.

Octavia Bellinger turned 36 years old in 2021. She celebrated her birthday on 4 April as per her Facebook. Moreover, Octavia owned Aries as her zodiac sign.

Octavia Bellinger was born to her dad Antonio McCrea and her mom Anne Bellinger in her hometown of Washington D.C. Based on her tweets, she is a total daddy’s girl. Whenever she went back home to D.C., she expected that her father would do the cooking, either breakfast, lunch, or dinner.

There were cookouts, that her father and grandfather organized, which was the bonding moment for the family. In fact, in one tweet, she confirmed that her father was a chef.

To share information about her mother, Anne attended Career Technical Institute. She also studied at the University of the District of Columbia.

Talking about siblings, Octavia has a brother named Dominic Bellinger who resides in Hyattsville, Maryland. He studied English literature at Georgetown University. He worked as Gerente-Geral at Insomnia Cookies.

In February of 2017, Octavia and her family lost Marie Destiny-Anne Bellinger who was the beloved daughter of sister-in-law Melissa Anderson and her brother Anton Bellinger.

Octavia Bellinger founded Soche Concierge in September 2017 and has been running it ever since. Most importantly, she is a model. She had competed in Miss District of Columbia Cosmos 2021 and secured the title. With her rolling stone of a career, Octavia was able to gather a total net worth of $150 thousand.

Octavia Bellinger attended Full Sail University where she studied Music Business. She graduated in 2011. Before she had joined college, Octavia had already started pursuing a career.

In April 2005, Octavia joined Walt Disney World as an intern. The internship period lasted for 10 months coming to the end in January 2006. Before that, Octavia had worked as an administrative specialist for United States Army Reserves from 2003 to 2007. She worked as a youth leader from 2007 to 2010 in Remnant Youth Ministries. In 2008, she joined Georgetown University Hotel and Convention Center as executive admin assistant until 2010.