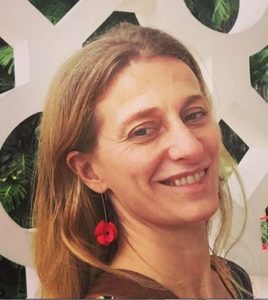 In April 2020, Netflix premiered Sergio — a biopic of the UN diplomat who passed away in the suicide bombing in The Canal Hotel in Baghdad, Iraq. The show also provided a glimpse at a relationship between a late UN official and his love interest Carolina Larriera.

Carolina — who had to fight to be recognized as his widow — became a center of attraction in the show.

This wiki-article brings you the life and career of Carolina along with her current status, so scroll down to learn more.

Carolina Larriera was born on 13 February 1973. She turned 47 years old while celebrating her birthday in February of 2020.

As she was born on the 13th of February, her zodiac sign is Aquarius.

Carolina Larriera lost her anonymous father when she was young. Hence, the responsibility to take care of her fell into the lap of Norma Camagni, Carolina’s mother.

Though very little details on her parents were shared, she reportedly inherited Brazilian and Argentine heritage from her family.

Getting into her educational background, Carolina had attended and graduated from Southlands. Following that, she went on to enroll in The Fletcher School at Tufts University, MIT Sloan School of Management, and eventually graduated from Harvard Kennedy School in 2010.

As her Linkedin profile stated, Carolina Larriera initiated her career in 1995 as a volunteer in the headquarter of the United Nations, New York. Her service there lasted for 4 years ending in 1999.

Following that, she was in an assignment at East Timor as a political officer in the Department of Peacekeeping Operations of the UN for 3 years.

Subsequently, Carolina was allocated to serve in Baghdad, Iraq in the same position where she had worked for less than a year.

After the end of a decade long connection with the UN, Carolina worked as a Mason Fellow and MC-MPA student for a year ending in 2010.

Carolina was also seen active on her Facebook account. However, she only had 25 posts to show on the platform since she first got started back in 2014.

Carolina Larriera met Sergio De Mello back in 2000 when the pair were assigned to be in East Timor by the UN.

The Hauser Rights fellow Carolina, 27 at the time, had the job of head of the finance department of the provincial administration. Sergio, 52, worked as a supervisor of the process for the independence of the former Indonesian province. 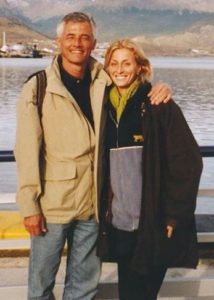 Carolina and Sergio got closer overtime working together and eventually, their professional relationship took a romantic turn. The newly blossomed relationship became a committed relationship when they met the parents of one another.

The in-love pair came together in a civil union.

In 2017, Sergio won a lawsuit against his first wife. At that point, Sergio was separated from his first wife Annie Personnaz, French assistant of UNHCR, for 20 years.

The romantic association turned into a committed relationship after they got engaged to be married. The wedding was set in December of 2003 and invitations for the auspicious occasion was already sent out.

Sadly, the bombing of the headquarters of the UN in the capital city of Baghdad on 19 August 2003 claimed 22 lives including Sergio’s.

At the time, Sergio was serving as the UN High Commissioner for Human Rights and the head of the UN mission in Iraq.

Carolina, who was fortunately in a different wing, survived the blast. The unfortunate incident left her devastated. Since her family was concerned about her mental state after witnessing the traumatic commotion, she was averted from attending his funeral.

Carolina Larriera was already coping with the death of her fiance. But what was to come became even tiresome for her, relationship-wise.

Many events invited her but she was not recognized as the widow of late Sergio Vieira De Mello.

Carolina sought a legal battle with Annie to end the restriction put on her. In March of 2017, the Brazilian court recognized her civil union with Sergio.

After losing her beloved partner, she was not spotted dating anyone. Her social media accounts were also not very helpful when it came to unraveling her possible boyfriend.

So, until she made an official announcement, fans believed that she was still single.

Where Is Carolina Lerriera Today?

As of April 2020, Carolina Lerriera was located in Rio de Janeiro, Brazil working at Carr Center. She served as a Brazil fellow to train future leaders for careers in public service.

As her LinkedIn profile read, Carolina instructed on the application of first-class research to the solution of public policy problems.