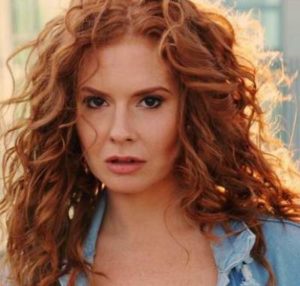 Since you have already been used to comedian Kountry Wayne‘s hilarious sketches, you must also have noticed this lady with the name Libby Blake in many of his skits.

So here we are, unfolding the mystery about Libby Blake in the Wiki writing below.

Lately, i.e. since at least May 2021, Libby Blake started appearing on Kountry Wayne’s skits. And in each one of the sketches, Kountry mentioned Blake as his (new) girlfriend.

So, on May 19, Kountry, posted a “My ex cougar girlfriend meets my new girl!” video, and Blake, of course, was featured as ‘his new girl’. Then, on June 10, dropped in another comic routine titled “When your baby momma boyfriend PPP loan backfires on you!.” 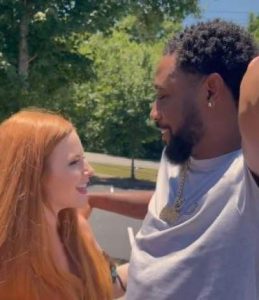 Libby Blake, as seen on the “When your girlfriend tries to kiss you goes wrong!” video with Kountry Wayne (PIC: Kountry’s IG)

Similarly, one with “When your girlfriend tries to kiss you goes wrong!” was shared on June 23 and the other “When you finally meet your new girlfriend’s parents!” was put online on June 25th.

Meet other actors Rolonda Rochelle and Blake Sparkles who were also featured on Kountry Wayne’s skits.

Libby Blake was born in Columbus, Georgia, and grew up in her hometown of Abbeville, South Carolina. And at the time of this writing and on her Facebook profile, she listed Atlanta, Georgia as her current home. While on Twitter, she was a New York, New York resident.

Libby acquired a Caucasian ethnicity from her parents. And based on the way Libby recalled her late-grandmother on Instagram, fans believed her as a family person. Wishing her deceased “Maw Maw’s” the happiest birthday, she composed this heartfelt message for her Insta-fam to see.

“Love is stronger than death even though it can’t stop death from happening, but no matter how hard death tries it can’t separate people from love. It can’t take away our memories either. In the end, life is stronger than death. Happy Birthday to the woman that taught me how to love easily, and forgive even easier. I live everyday trying to be half the woman she was. Happy Birthday Maw Maw. ❤️”

It appears Libby grew up with her grandmother by her side.

Besides, for siblings, Libby has a brother named Sam Wise. She had shared on Instagram a “sibling love” memory of them back in 2016.

Libby Blake stands 5’5″ or 1.65 meters tall in height. Also, her actress access portfolio mentioned, she weighed 120 lbs, had bust-waist-hip measurements of 34C-29-35. Plus that her eyes are brown and her hair is of red color.

More about her physical features, you might as well love her arm tattoos.

Not to miss, one could also spot the social media butterfly on her Pinterest @gingerlibbyyy.

Libby Blake had less than an estimated $400K net worth before 2021.

A self-proclaimed actor, part-time rapper, full-time candy eater, and professional recyclist, and fluent in English and Spanish, Libby as an actor was represented by Atlanta Models & Talent.

Growing up, Libby took part in church programs and performed in several plays. Eventually, she wanted to become an actor and thus studied BFA at college. Ever since she has been working consistently to achieve that dream. She also happens to have studied singing with Tara Simon at Tara Simon Studios in Atlanta, Georgia.

So far, she has been the brand ambassador for Jim Beam American Honey, Dobel, Fireball, and Skyy Vodka. She also notably appeared as a ‘Female Audience Member 2’ in a 2019-episode of Insatiable.

Seemingly single Libby Blake did not seem to have any boyfriend at the time of this writing.

So far, one could tell, she had been crushing over the music legend and Friends with Benefits star Justin Timberlake since she was a 7-year-old.

Libby also seemed to have never been married before and therefore had no husband. She also did not have kids even though Kountry Wayne, with a real name Wayne Colley, dubbed her as his baby mama.

For now, we know, Libby is pro-choice strongly believing that women have a right to choose whether or not to give birth to a child they have conceived, and to have an abortion if they do not want the child.

Also, in the meantime, she is a proud dog mom of Bradley King Blanton. Libby celebrated her canine baby’s eighth birthday back in June 2018.