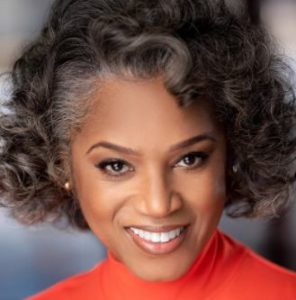 You loved our article on Kountry Wayne and you want to know more about the people who work on Kountry’s skits. Well, you are in for a treat, as we bring to you an article about Rolonda Rochelle.

Rolonda Rochelle was born on 5 September 1967, which meant she was 53 years of age by the time this article was written (February 2021).

Furthermore, with her birthday on the 5th of September, Rolonda’s zodiac sign was Virgo.

Not much was known about her family. There was a photo in Rolonda’s IG, where she wished her father on father’s day. There was an accompanying picture too, and her father looked like Richard Roundtree. However, there was no mention of his name.

Some sources have stated that Rolonda currently lives in Decatur, Georgia. However, her hometown was most probably Atlanta, Georgia.

Rolonda Rochelle stands at a very tall height of about 5 ft 8 inches. Her distinct features include her brown eyes, grey hair, and of course the wide grin.

Even though Rolonda was over 50 years of age, she was still healthy and active. The reason behind such fitness is her healthy diet, which includes fresh vegetables and fruits and a lot of nuts. She does enjoy a good drink though.

As of Feb 2021, Rolonda had a massive social media reach. She was present across all major social media platforms. On Instagram, she had 277k followers. Similarly, on her Facebook page, she had 13k likes and 14k follows.

We could not find her on Twitter. But she had her own Youtube channel with 6.72k subscribers.

Rolonda was most famous for appearing on the comedy skits of Kountry Wayne. However, she also had a career of her own going on. Rolonda was a realtor in Atlanta, Georgia. She was a luxury real estate agent.

Her Facebook page had her professional info as an actress, pro-aging advocate, and brand ambassador. Her acting credits were mostly limited to Kountry Wayne’s Instagram videos. She did not have movie credits yet. And we do not know what was she a brand-ambassador of.

She was indeed a pro-aging advocate. And Rolonda openly accepts her old age and being a huge social media personality, she inspires other people to embrace their age and not be embarrassed by it.

Also, she was a CASA volunteer. CASA volunteers are legal volunteers who are trained so that they shall fight the legal battles from the side of abused, neglected, and abandoned children.

According to our sources, the average base salary of a realtor in Atlanta, Georgia was over $76 thousand per year. Rolonda’s salary must be around that mark, give or take. Furthermore, her net worth, as of February 2021, was $800 thousand.

The video Rolonda posted had her speaking with an imaginary husband only to realize later on that she was not really married and did not have a husband.

There was another Instagram post with her daughter, in which Rolonda and her daughter were on the streets protesting for justice and equality for black women.

Interestingly, Rolonda was most famous for her role as Kountry’s cougar girlfriend in numerous of his skits.

If you do not know Kountry, he is a social media comedian, who makes short funny videos and posts them on Instagram. Most of Kountry’s videos are about normal things like relationships and children.

While in reality, Rolonda’s romantic life did not seem to have a partner, in Kountry’s skits, it is not only had a partner but was also colorful and very funny.