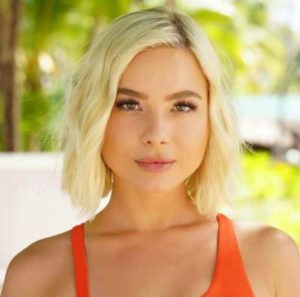 Amanda (Marie) Miller is known for her recurring appearances on MTV reality series Siesta Key. She was has been on the show ever since its first season premiered on July 31, 2017.

With the release of the show’s fourth season, on May 12, 2021, Amanda once again becomes the talk of the reality TV world.

Here’s all you need to know about her on this Amanda Miller wiki!

Her Age: How Old Is The Siesta Key Star?

Amanda’s mom is Angi Miller. She is the mother of two, Amanda, and her older brother Spencer Miller. (Spencer turned 26 in March 2021).

Having studied Nursing at the State College of Florida in the 80s, Angi now works at Sarasota Memorial Health Care System. In the past, she also attended Wayne High School.

The fourth season of Siesta Key introduced many new faces on the TV reality scene. One of them was Amanda’s dad Dr. Miller, who once served as a combat medic in the Vietnam war. Later, possibly after leaving the military, he opened a business called Sierra Sierra Balloon World.

Dr. Miller was in his late fifties when he had Amanda. Hence, the big age gap.

Viewers enjoyed his presence on the show as they learned the patriarch owned a Pentax camera. He used to take pictures on the same camera while in Vietnam. Today, Amanda owns the classic vintage camera.

On it, Dr. Miller spoke how he has been very supportive of Amanda’s aspirations to enter the film industry. Also, he stated that certain traits of Amanda remind him of his mother, who was just as much “aggressive, stubborn and independent”.

While on quarantine, during the COVID pandemic in 2020, Amanda shared on her Instagram, how she learned just how much he father had gone through and sacrificed for her and her family. With this, she also encouraged her followers to take the time to sit down and listen to their parents and loved ones.

Does Amanda Miller Have Siblings?

It was reported Amanda Miller’s dad is the head of the Miller family that includes four sons and two daughters (including Amanda and her biological brother Spencer).

From this, it seems, Amanda has five siblings. And, among them, her mom only gave birth to two. So, at the moment, one could not tell if her parents were still married.

Amanda Miller stands to a height that is 5’6” and measurements (that were most lately) listed as 35-23-36 inches.

Now, an increasing number of celebs have been open about their good or bad experiences with plastic surgery and injectables. Amanda, however, is not one of them.

Even with the notably swirling rumors about her plastic surgery, Amanda Miller chose to not comment on where or not she went through any such procedures in the past.

The up-and-coming performer, Amanda Miller reportedly collected an estimated $350K net worth (before May in 2021).

Before Siesta Key paid for Amanda Miller’s bills, she was a calendar girl for Hooters. Around the time, in 2016, she also competed at the restaurant’s Miss Hooters bikini pageant.

Meanwhile, years from now she plans to pursue a career in the film industry. In August 2020, she was still a student at Ringling College of Art and Design in Sarasota, Florida. There, for her sophomore project (film), she won Best Sophomore Directing Award at Ringling, which she said was a huge accomplishment for her.

Adding to her income is also her Cameo earnings. On the online marketplace, she gets paid £26.25 per each request of the personalized shout-outs.

Amanda Miller’s boyfriends and dating life were documented in most of the second and third seasons of Siesta Key.

In an interview with MEAWW, Amanda confessed how she is now confident being with her exes JJ Mizell and Brandon Gomes would not have served her right even though at the time they thought of getting married. She commented her relationship with JJ was “extremely toxic”.

Also, because Brandon has moved on with his life as a father to a newborn, there’s no remaining chance of romance there.

But then again with MEAWW (in May 2021), Amanda also admitted she too has moved on with her new boyfriend. She did not reveal his identity at the time.

On January 30, 2019, she announced to her 367K followers on Instagram that she had officially been with her professional baseball player boyfriend Joe Iorio for a whole year. 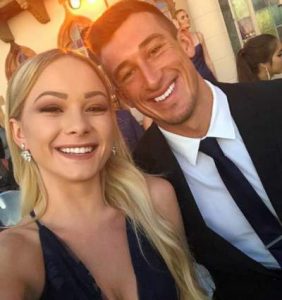 Now, it seems, Amanda and Joe have been separated for a while. Joe stopped appearing on the reality TV star’s feed. Instead, recently only (April 27, 2021) he shared a lovey-dovey moment with his new girlfriend Taylor Wiley (on Instagram) writing:

“I’ve realized there’s no such thing as regret when every decision I’ve ever made has led me to you. You make my life better every day, I love you!!”