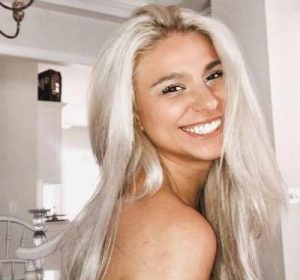 MTV’s Floribama Shore premiered its fourth season on February 25, 2021. Due to the 2020 COVID-19 pandemic, the season saw a location change to Missoula, Montana, and Lake Havasu City, Arizona. But the original cast was the same and that included Codi Butts.

For the most part, Codi notably remained by the show’s mainstream drama. Instead, he maintained his image as someone offering his co-stars, comedic relief, and a shoulder to cry on.

So, who is Codi Butts’s girlfriend?

Find out in this Ashton DiFiore wiki!

Even though Codi had not yet introduced the woman who appears to be his girlfriend on Floribama Shore, he did share multiple Instagram posts with the lady with the name Ashton (Lee) DiFiore.

Ashton reached the age of 21 on August 7, 2020. For a Leo lady, she seemingly enjoys being in the spotlight and therefore celebrates her birthday with a bang.

All her life thus far, Ashton DiFiore lived in her hometown of Hilton Head Island, a Lowcountry resort town and barrier island in Beaufort County, South Carolina, in the United States.

Both her parents are no longer living. Her father, Dino DiFiore, died in 2013 at the age of 61. Remembering her dad, Ashton once wrote:

“We all miss you so much. My world is a little dimmer without you here dad. Until we meet again I love you all the way up to God.”

In Sep. 2020, as the day marked his seventh memorial, Ashton, took to her Instagram several memories of him, writing:

Sadly, only a year before, Ashton and her big sister, Ally McKenzie had also lost her mother. Born to Nancy And Tommy Greene in 1964, Amy Greene DiFiore was only 48 at the time of her passing.

Her Height: How Tall Is Codi Butts’s Girlfriend?

Codi Butts’s girlfriend, Ashton DiFiore clearly stands to a height that is shorter than Codi’s 5′ 9″. The young and lively fashionista is around 5’3” tall.

Ashton DiFiore is supposed to complete her Bachelor’s degree in Parks, Recreation and Leisure Facilities Management sometime in 2021 from Clemson University.

More on her education, she went to Hilton Head Island High School from 2014–2017.

In between, Ashton did several part-time jobs. She used to be a tour guide at Zipline Hilton Head. Currently, LinkedIn listed her jobs as cart assistant at Walker Golf Course At Clemson and a mascot of Clemson University.

Just so you know,

Ashton DiFiore And Codi Butts: Dating, How Did They Meet?

Codi Butts may not open about his romance with Ashton on the MTV show just yet. But, he has been for sharing his moments with her on social media for some time now.

Also, it’s more than clear they are dating each other. 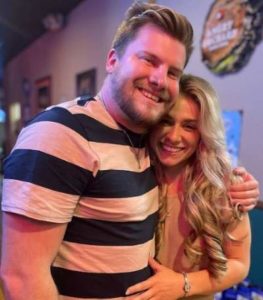 Most lately, on May 12, 2021, Codi posted the picture of them carefully choosing the words, “You never know who you will meet in life. But it could be the love of your life! But we will see what happens.”, for its caption. The same day, a former bartender at The Spot, more such memories writing,

“I have meet someone so special. She is amazing and wonderful. I can’t wait to see where life takes us!”

And, below on the comment box, Codi’s co-star on Siesta Key, Gus Smyrnios, teasing commented “I’m telling Candace”. But also Candace herself was there, commenting, “She’s so cute!! Congrats Codi!”.

Codi and his Siesta Key fellow Candace Rice have always been flirty, but the relationship remained platonic, and they were never really dating.

For now, one could not tell when and how Codi met his beau. But we know, both are South Carolina natives. So, there’s definitely something there.

Ashton DiFiore, with a hairstyle inspired by everyone’s favorite Khalessi from the Game of Thrones, has not been introduced in any of the Floribama Shore seasons just yet.

In fact, Codi’s friends of Floribama Shore had never met his girlfriend before.