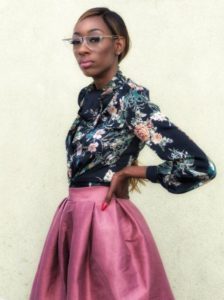 If you’ve known Lala Milan from the days when she was figuring out her passion for entertainment, you can tell she’s come a long way. From the Instagram funny clips to walking in Jimmy Kimmel’s show, she speaks loud nothing but success.

In March of 2020, the second season of Boomerang premiered. And fans were blessed to see her once again starring in the show. For those who are unfamiliar with her back story, scroll down on this wiki-article to know more about her.

And to address her sexuality: No, Lala Milan is not a transgender! Though most mistakenly assumed her to be back in the days. Though she sometimes wore makeup as one to create prank videos, she was always straight.

Real name Jacquala Wilson, Lala was born to her mother, Tina, and her father Jacques Sparrow in Pittsburgh, Pennsylvania. However, the loving parents raised Lala in Charlotte, North Carolina.

More on her family, Lala grew up as the eldest sister to her two siblings: Jamill Sparrow and Corin Sparrow. The social media celebrity proudly hailed African-American ethnicity while holding American citizenship.

Lala attended E. E. Waddell High School in her hometown of North-Carolina. After graduation, she enrolled in the University of North Carolina and earned her bachelor’s degree in the Spanish language.

The comedienne’s look was often compared to singer Keri Hilson’s back when she had short straight hair. She also suffered from acne problems which made her insecure back then. But as her craft overshadowed her appearances she was filled with more confidence to embrace what her skin looked like.

As her career as a social media entertainer blew up, her reach on several platforms grew exponentially.

Whereas, her Facebook page also boasted similar stats. At the time when this article was penned, her FB page had 1.1 million followers while her FB account had 54,225.

Lala started her career in the entertainment industry with Instagram comedy flicks circa 2013. She uploaded short clips on the platform regarding her day to day encounter.

Overtime, Lala’s prominence as an Instagram comedienne grew far and wide. By the end of 2014, she started getting 1000+ likes on most of the posts.

Around the same time, Lala was honing her makeup skills as she had joined Empire Beauty School at Kennesaw in 2013. She took both of her talents side by side to further cement her career.

On 18 March 2015, her rendition to Trap Queen gained the largest number of views and likes she ever achieved on the platform at the time. As of May 2020, the video stacked 31,400 likes on Instagram and 121k views on her YouTube channel.

The Trap Queen video was her second offering on her self-titled YouTube channel Lala Milan. Her YouTube channel earned her 353k subscribers. As her career was gaining momentum, she became actively involved on YouTube.

Soon in September of 2015, Lala started doing live shows and appearing on podcasts. During that time, her social media platforms had grown exponentially.

Consequently, Lala took her unbound talents to the fashion world. She started hosting fashion shows and as expected started modeling.

The whole Instagram career reached a new trajectory when her Facetime With Bae flick went viral on the platform. The video had 1.1 million views as of May 2020.

Lala made her first TV appearance when she appeared on the reality show Fear Factor (2017). Soon after, she became a recurring act in a TV show named TiTi Do You Love Me (2018), and also appeared as Bambi in the TV show Claws (2018).

In 2019, Lala Milan landed the part of Tia Reid in a TV show from BET Boomerang. As of May 2020, her net worth was estimated to be about 1.3 million dollars.

On Lala’s YouTube channel, she first revealed having a boyfriend through her Q&A session. Not only she addressed a few questions fans wanted to know but was also accompanied by her boyfriend on the Q&A.

However, she prevented her beau from showing up on-camera lens making it hard for viewers to narrow down who he was. Many of her fans speculated of him being a New-Orleans native because of his strong accent.

The smitten looks on her face made everyone believe she was committed to the anonymous guy.

But, Lala never mentioned him again in the time that came.

As of May 2020, her relationship status is in a weird place. She never mentioned breaking up with her anonymous husband prospect. But since he never made it to her social media platform anymore, fans assume her to be single.

Boomerang Corin Sparrow Jacques Sparrow TiTi Do You Love Me

Fate often leads people to unchartered territories and makes them do what they had never imagined in their...