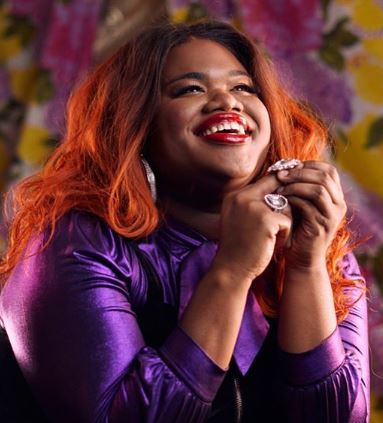 Representing Calvin Kelin‘s 2020 Pride campaign #PROUDINMYCALVINS, a trans-Femme activist, performance artist, and creative, Jari Jones made her way to the limelight. The Black transgender model was featured on a larger-than-life Calvin Klein billboard in Manhattan, New York in June 2020.

On June 23, Jari Jones took it to Instagram to share pictures of her in front of the billboard celebrating with a bottle of champagne. Overjoyed with happiness, she wrote a long caption filled with words of inspiration. Also, she concluded the piece with uppercase “BLACK TRANS LIVES MATTER!!”.

Divulge into Jari Jones world thought this short wiki-style article. Also, get to know about Jari’s age, family, and wife as the article continues.

As suggested on her Instagram, Jari celebrated her birthday on 19th May 2020. Furthermore, she flaunted Taurus for Zodiac sign.

Jari found a family in Corey Kempster. While Corey assisted those who are experiencing homelessness and hardships in New York City, Jari admired Corey for a kind heart. Also, it was Corey who helped Jari to come out of her shell. In her own words:

While Jari didn’t talk much about her biological family, it was known that she comes from African American ethnicity.

Other than the fact that she loved her mom dearly, not much info was available on Jari’s parents. Similarly, she shared a special bond with her sister.

From an early age, Jari believed in choosing one’s family and finding a home.

As a child, Jari grew up struggling with gender identity. Lost in the pressures placed upon by society to conform to gender norms, Jari had days when she didn’t want to get out of bed. And It wasn’t until college, Jari could finally be herself.

On March 6, 2020, Jari shared a picture of herself comparing herself to before and then. 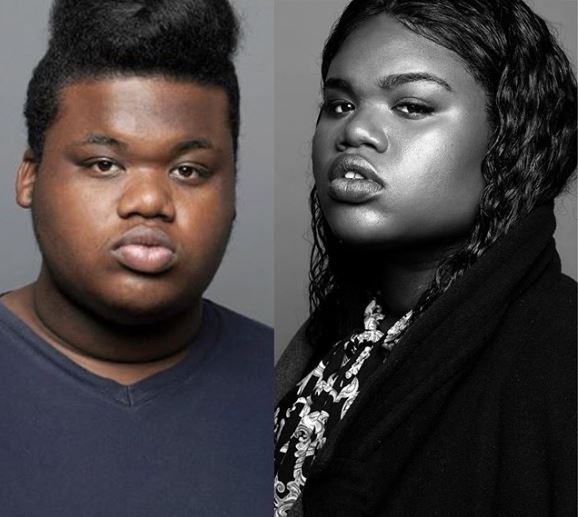 Jari Jones’s comparison of herself to before and then (Source: Jari’s Instagram)

“extraordinary how stress and unhappiness and fear can physically change the way you hold yourself, more specifically in your face.”

Then, she went to confess how she wanted surgery for her face before and look better. But, fast-forward to realization and understanding, Jari then added:

“Yess I have some hard days , yess there is still some medical transitioning I’m thinking about, but what “ the release “ has done for me physically ……. simply breath taking, life saving.”

Furthermore, Jari traveled to Thailand along with Corey for gender reassignment surgery. Corey had gone under the seven-hour procedure with three months to recover.

Coming out as a trans, Jari has made her mark on the fashion industry. She was featured on publications like Allure Magazine, The New York Times, PAPER Magazine, and Teen Vogue. Also, Jari has modeled for fashion brands like Chromat and walked down the runway at New York Fashion Week.

Moreover, Jari is one of the faces of the inclusive fashion empires Universal Standard, making her the First Transgender model of the brand. Also, she has endorsed for PAULA’S CHOICE brand.

Previously, Jari started her career start in theatre and graced some of New York’s greatest stages production like The Runaways, The Sex Myth: A Devised Play, and In The Heights.

The Brooklyn-based couple, Jari Jones and Corey Kempster were both born male but now identify as women. But it wasn’t until 2017, the duo confessed started dating. Reportedly, they met during college and started as best friends. 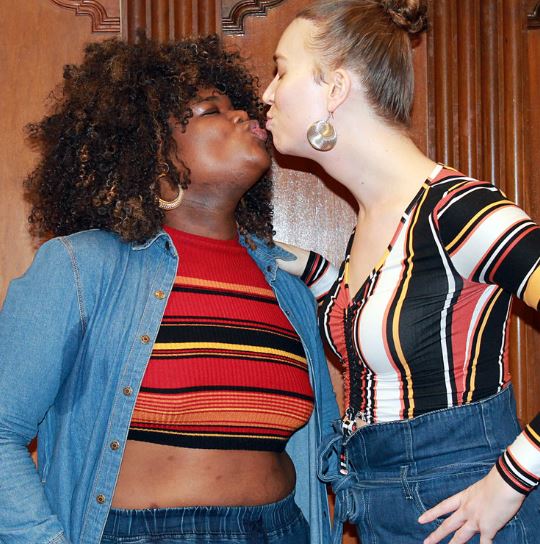 Jari Jones with the love of her life Corey Kempster

In an interview, Corey mentioned:

“I would wish that there would be another boy who was like me. Basically I was wishing for a trans girlfriend as I found in Jari years later.”

As for their relationship, it is safe to say that Corey is the wife. After the gender reassignment surgery,  Jari said “I want it all – I want the marriage, want the kids, I want the big happy family.”

Furthermore, Jari and Corey claimed their love to be platonic. They shared that it is important to have respect and autonomy to maintain a healthy relationship.

You may like – Ammo Hall Wiki, Dating, Transformation, Family, Net Worth