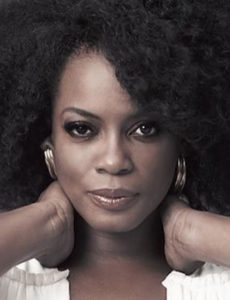 Once again, actress Aunjanue Ellis found herself starring in a TV show based on the story of the African-American community titled Lovecraft Country (2020). The trailer to the show was released on 1 May 2020.

And in the vast sea of the talented casts, Aunjanue ignited quite a conversation with her appearance. The first look of the show created quite an anticipation and build-up for the storyline that was to come. And her being in there, we were to witness her craft honed over a two-and-a-half-decade long career.

This wiki-article based on the life of Aunjanue Ellis explores her dating status, a career as an actress, and a short bio.

Aunjanue Ellis was born on 21 February 1969. The actress turned 51 years old while celebrating her birthday in February 2020.

Aunjanue L. Ellis was born to her anonymous biological parents. However, all the credit for raising her right goes to her grandmother.

She grew up on the farm owned by her grandmother in McComb, Mississippi where she made fond childhood memories. Her grandfather was a minister at a church.

Disappointingly, any details that ever existed on her parents and possible siblings eluded the public radar as of May 2020.

The actress attended South Pike High School in McComb, Mississippi. Following graduation, she joined Tougaloo College but later transferred to Brown University. She earned her bachelor’s degree in African-American studies from the university.

Later on, she enrolled in Tisch School of the Arts, New York University, and graduated in an acting program the college had.

Looking at how Aunjanue Ellis is now, anybody would vouch, she was aging as beautiful as she ever was.

Aunjanue Ellis goes by the name @aunjanue_ellis447 on her Instagram handle. The platform garnered her 35.5k followers as of May 2020.

Aunjanue’s love for acting is rooted back in her younger days. But unlike many, she was inspired to act when she went to New Home Baptist Church in her hometown of McComb, Mississippi.

The church urged its attendees to be a part of plays and acts that were performed there. She took part in reading scriptures, saying speeches, easter and Christmas programs, and Mary and Joseph play in the church.

The exposure to performing which church provided, instilled confidence and passion for acting she later went on to make it her life long career.

After graduating high school, Aunjanue attended Tougaloo where she met Jim Barnhill. He was a professor at Brown University at the time visiting Tougaloo for four semesters. Jim had directed a play and Aunjanue auditioned to land a part in the same being encouraged by her friends.

19 at the time, Aunjanue still wasn’t serious regarding pursuing acting as a career path. However, after enrolling in NYU, she started taking acting seriously.

She had landed a few gigs before she had joined the college. And the income she made from that helped her assert to pursue acting.

In an interview with ESSENCE in December of 2016, Aunjanue Ellis opened up about her take on getting married. She replied that she never intended and don’t want to be. Though she assured she had a romantic side inside her.

None of her serious relationships or casual dating updates caught public attention. Though she confirmed on several occasions that she had boyfriends who would’ve been great husbands.

Four years later, in 2020, she still stood with the same conviction regarding her choice of avoiding serious relationships. So, in conclusion, Aunjanue was single as of Spring 2020.

American actor Jonathan Majors became popular for the portrayal of his role as the best friend of Jimmie...