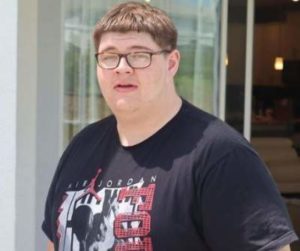 Tiktok star King Moxu made yet another headline as he kissed Miley Cirus on the lips!

A TikTok starring him and the Party in the U.S.A. singer went viral on online platforms in April of 2021. And naturally, people wanted to know all about King and his equation with the diva.

Born with the personality trait of a Scorpio, King Moxu turned 18 years of age on November 4, 2020.

He comes from his hometown of Fremont, Ohio. And, every now and then, he shares his family, comprising of a baby sister, parents, and grandfather, on social media.

King Moxu never before shared his real name with the world. Be that as it may, each one of his fans is aware that ‘King Moxu’ is not his real name.

King had over 68.8k followers on Instagram. While on TikTok he had the highest of followers i.e. 3 million and had collected an average of 122 million likes on his contents.

Probably from his comedy stints on the online platforms, King Moxu has already almost collected $300 thousand net worth.

He is also a part of the Squad House Live and released a single “Drop It (feat Sinoda)” in 2021.

King played football in high school but it was not sure, at the time of this writing, if he would do it as a profession.

Anyone can collaborate with King for a price. According to his profile on collabstr.com, an Instagram story with a swipe-up link and @tags at one’s request could cost $2.2K. Also, he charges $2.8K for an Instagram post with @’s and hashtags requested in the caption as well as a link in bio for 24 hours.

Meanwhile, TikTok with @’s and hashtags requested in the caption as well as a link in bio for 24 hours can cost interested parties a whopping $3K.

It isn’t like King Moxu ever openly came out as gay. He, thus, faces rumors surrounding his sexual orientation just like any other up and rising celeb would.

Of course, the TikTok video where he said he and his male friend would like to see if the test “Do you know straight men can have sex with men and not be gay?” (coming from another TikTok user) was “real or bullshit”, ignited the rumors.

Famousbirthday has confirmed King Moxu’s girlfriend appeared on his King.Moxu Instagram account. Some pictures of him face-timing a beautiful blonde has been queried upon if the lady is supposed to be his girlfriend.

In June 2021, the social media influencer received an indecent proposal from a fan.

And recently (in April of 2021), to a “Hey babe @MileyCyrus” tweet made by him, users replied with the likes of “She ain’t dating you dude. She’s single”. (Miley since her split with Liam Hemsworth has been with Cody Simpson and Kaitlynn Carter.)

This, of course, occurred after King Moxu appeared on Miley Cirus’s official TikTok.

Miley Cyrus, boasting over 12 million followers on the app, uploaded a shocking video making fun of headlines about her love life. In the video, Miley danced in front of screenshots of articles about her relationships and romance rumors to the song “Without You” by The Kid Laroi. The video unexpectedly showed comedian King Moxu coming into view as he shares ‘the kiss’ with Miley herself.

King was shirtless, as he gave Miley a big kiss on the lips. Afterward, they moved apart and stared down the camera for a “dramatic ending.”

Miley captioned the TikTok, “So there I go……hey @kingmoxu” and King obviously reshared the post on his Instagram and captioned it: “Mans kissed Miley Cyrus like it was nothing.”

King further posted the same clip and referenced Hannah Montana in his caption— “@mileycyrus give me them sweet nibblets.”

Besides the out of nowhere collaboration with Miley, King also notably collaborated with the rapper The Kid Laroi in the past.

To this very recent stunt pulled by Miley, E online cited its thoughts as— “It appears Miley is making fun of the assumptions about her divorce by embracing the rumors about her flirtatious personality.”