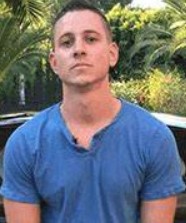 Lately, there have been several TV shows with a very weird but interesting premise for many reasons. First, there are so many shows in the world, and the engaging premise could attract a lot of viewers. Second, oftentimes these weird premises are for social experiments.

The pioneer in bringing these interesting shows is often Lifetime. Marrying Millions is one of the many shows from Lifetime, which documented the life of a couple where one partner is rich and the other is stark opposite. The show returned for its second season on August 5, 2020; it followed the lives of six couples, the one that people can’t get over is the pair of Kevin and Kattie.

Read the article until the end to know about Kevin’s life–from his general wikis to career to relationship with Kattie.

Electronic commerce expert Kevin David was born in the year 1990. Thus, his age — as of this writing — was 30. He’s celebrating his birthday every 6th of August since the year he was born.

Born and raised in Eugene, Oregon, Kevin David enjoyed a very warm and cordial relationship with his parents, especially his father. He even wished his father on the occasion of Father’s Day with a sweet message along on his FB handle.

He is a very fit guy and even though he works most of the time, every second he is left after work, he utilizes it in yoga and exercises.

Kevin David stands tall at a towering height of 6 feet 2 inches (1.87 meters) and weighs around 73 kilograms.

If anyone wants to connect with Kevin, he is almost available on every social media platform. He has a very huge social media reach. By Aug 2020, he had 245 thousand, 8.7 thousand, and 589 thousand followers in IG, Twitter, and FB handle respectively.

Kevin also owned his own YouTube channel with over 1.11 million subscribers. He usually uploaded videos giving lessons on e-commerce.

In the end, people might know Kevin as a multi-millionaire but only Kevin knows how hard the whole journey was.

Completing his education from Oregon State University, he started his career as an accountant. But Kevin quickly realized the 9-to-5 job was burning him out. He felt he wanted to be free but still wanted to make money.

Leaving his job as an accountant, Kevin worked hard on his Amazon FBA eCommerce business which later turned out to be a huge success.

Kevin who refers to himself as “the unemployed CEO” owns four companies namely ZonBase, ShopInspect, MarketerMagic, and AMZ Done for You. He also owns a huge YouTube channel where his videos about e-commerce have been viewed billion times.

Kevin is a classic example of what everyone wanted to be in the coronavirus lockdown period. It would be a win-win situation for everyone, first, you don’t have to leave your home and second, you can earn money.

Through all the works Kevin David did, he’s been able to put up a huge net worth of $50 million.

Kevin David met with his girlfriend Kattie when she came to Mexico to hear him talk in an informative session.

As Kattie walked through the front door, Kevin saw her and felt the urge to talk to Kattie. The duo hit it off at their first meeting and started dating eventually.

Even though Kevin is a multi-millionaire, many felt he was frugal when it came to spending money on Kattie. It could be seen, when Kevin took her to a restaurant and suggested that they should split the bill, in one of the preview clips. 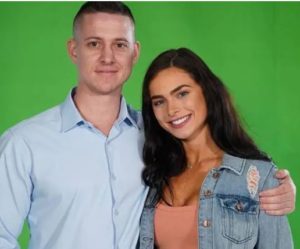 Kevin and Kattie pose together for Marrying Millions.

In another clip, fans witnessed Kattie ask 1000$ to borrow for her rent but Kevin refused which proved how frugal he was with the money.

This type of incident drew ire from the fans of Marrying Millions and Kattie’s friends despite Kattie’s assurances that their love was entirely pure.

Those who watched Kevin and Katie on Marrying Millions believed the pair couldn’t get engaged, let alone get married.