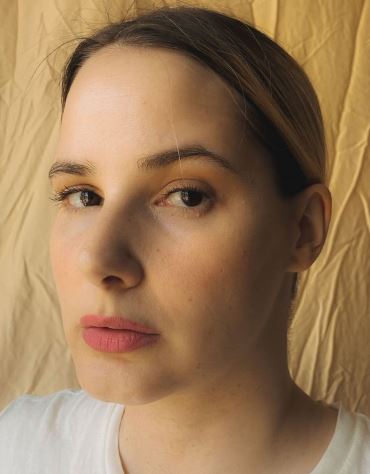 During September 2019, a woman named Jessica Radtke created a public Facebook page and named it “Iwas15hewas33.” Her sole purpose in this was to lay out evidence of her sexual relationship with veteran stand-up comedian Jeff Ross when she was a teenager.

Next month, she posted a video on it, running through her memories of Jeff. Although the video remained mostly unnoticed until June of 2020, at the same time the sexual-misconduct allegations against comedian Chris D’Elia surfaced on Twitter and ignited a broader conversation.

In the writing below, learn all exclusive scoops on Jessica Radtke.

Jessica Radtke turned 36-years-old by the spring of 2020.

She grew up in rural Central Texas, near Austin. Reports say had a difficult upbringing. Her parents divorced when she was only seven and for some reason, both were absent throughout much of her youth.

Circa, the spring of 1998, Jessica moved to New York with her father, Ross Radtke, after he got a job offer. While her mother remained in Texas with Jessica’s brother. Although, shortly he too joined them in the city, at some point later.

Because Jessica loved comedy so much, the first thing she asked for upon landing New York was to go to a comedy club. So, Jessica and her father tried to get access to several clubs but because she was only 14, they eventually found one willing to let an underage attend the performance. It was Barry Katz’s Boston Comedy Club.

Then the Radtkes temporarily had to left New York when Ross spent a short sentence in Texas state jail (arrested for throwing an alligator in a pool).

Jessica and her father returned to the city in early summer in 1999, when Jessica was fifteen. She began regularly attending shows at the Boston Comedy Club. She caught the attention of the club’s booker, Gina Savage, and was offered a job.

In the club, Jessica did all kinds of jobs from answering phones to introducing comedians to the audience. Throughout her stay there, she met many big-name comedians including Louis C.K., Jon Stewart, Chris Rock, Jay Mohr. And finally in In July of 1999, she met Jeff Ross. She vividly remembers their first meeting. She recalled:

Then, on the night of July 8, 1999, Jessica said, Jeff called to ask her if she could meet him outside his apartment in Manhattan.

“He goes,‘Is it okay if I ask your dad if it’s okay if you come to the city tonight? It’d be really cool. Maybe we could go to the [Comedy] Cellar or we could go somewhere and have a coffee, “I said, ‘Yeah, I’d love that.’ He goes, ‘Do you want me to be your boyfriend?’ Like that — I’ll never forget the cadence. I just giggled.”

Like this, more visits to Jeff’s place followed. Jessica said Jeff always called for cars to send her home after they had sex. Soon he began allowing her to spend the night and keep some things at his apartment. Jessica also recalled Jeff buying her Betsey Johnson dresses and lingerie, always in white, and “taking explicit Polaroids” of her. “He would have a preference that I shave my vagina completely off,” she confessed. She said they had “a lot” of unprotected sex during their relationship. 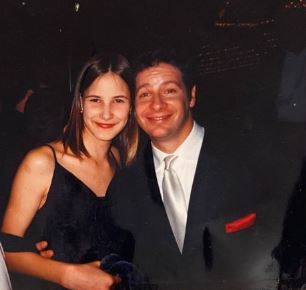 Jessica and Ross at the Friars Club roast of Jerry Stiller circa 1999. Jessica says this is the first public photo they ever took together (PIC: Jessica Radtke)

Meanwhile, Jessica’s father affirmed he was all along aware that Jeff and his daughter were sexually involved.

How Did Jeff Ross Respond To The Allegations?

In December 2001, Radtke said she left Jeff’s apartment followed by arguments after she found the Polaroids that were not hers. “They were not women. They didn’t have any pubic hair”, she emphasized.

After that night, Jessica said that Ross had “begged” for her return. And so, the two continued to occasionally see each other until she was around 22 years old.

She stated in her video that it took years to process what she experienced during her teenage years was not a romantic relationship but something inappropriate and exploitative. “I didn’t really know that it was that word — rape — until recently”— she concluded.

Radtke says she left Ross’s apartment after discovering the photos and told him to never talk to her again.

So, in February of 2020, Jessica posted an update to her Facebook page asking for a lawyer to represent her and she eventually found one, named, Alex Little.

Jeff, on the other hand, spoke finally, over a Twitter statement dated June 22 denying the allegations. “Let me be clear,” he wrote. “These disgusting allegations asserted against me are absolutely not true. I have never engaged in any sexual relationship with a minor.”

Further, Jeff said he intended to take legal action. He alleged that Jessica has “mental health issues” and that she and her husband have been“harassing” him for years.

As of the time of this writing, Jessica was married to a certain man named Robert. Although it was not discovered if they shared any children. And, likewise remained further details on their relationship.

She is on Instagram as well as Facebook, both, as the handle “iwas15hewas33”. And on them, she only spoke of Jeff Ross allegations and never of her personal life outside of this controversy.

Blanche Gardin is a French comedian, film, and theatre actress who has worked in movies like Problemos,...