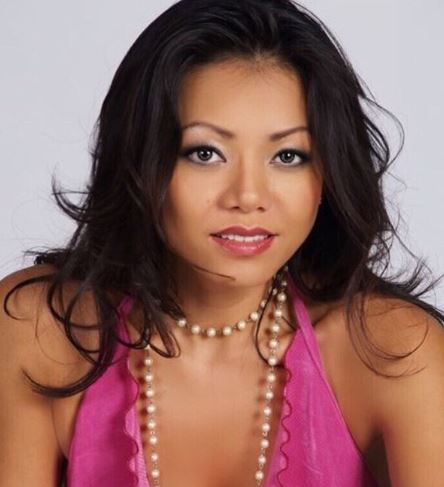 Cast on Marrying Millions season 2, Gentille Chhun was the wealthy one in the “Gentille and Brian” pair. She is a real estate investor, buying, fixing, and selling extravagant properties, and enjoying a lavish lifestyle. Brian, on the other hand, worked in construction and lived at home with his parents.

Previously, the couple appeared on season 1 of the show where Gentille called off their engagement at the altar. While Brian remained positive about them, season 2 is sure to be exciting as Gentille decides to end or rekindle the love.

Divulge on the insides of Gentille you tag along with this short wiki-style article. Also, get to know about her height and net worth as the article proceeds.

Gentille Chhun touched the age of 46 in early-2021. Every 17th January, she celebrated her birthday. Plus, she was born a Capricorn.

Reportedly, Gentille never wanted to be on the show and claimed that it was Brian who came up with the idea. However, it was she who called most of the shots and everything seemed to revolve around her and her friends.

Apart from this, Gentille is fluent in English, French, and Cambodian.

Gentille Chhun was born into a rich family. Her dad was a high ranking military officer for the Cambodian government. According to her, he was highly educated, and less successful Cambodians were jealous of her family.

Unfortunately, Gentille’s dad was executed during the Khmer Rouge revolution. Moreover, he was murdered along with Gentille’s siblings (one brother and one sister).

Reportedly, it was her mother’s bravery that saved both of their lives. She managed to slip away along with Gentille and came to the US as a refugee. Coming from Cambodian ethnicity, they had to trade the expensive jewelry that they managed to get away with, to get to the refuge.

Furthermore, she recalled that her mother wanted her to lead the life her family once had. Even though she had a luxurious childhood, she had to work her way up the financial ladders.

After Gentille was 16 years of age, she worked three jobs a day for three years. And at 19, she bought her first house, not as a “home” but as her first asset investment.

Flaunting 36-26-35 inches measurements, Gentille Chhun is a swimsuit model. She has modeled for commercial swimsuits most of her early life.

Also, there were rumors about her having plastic surgery. However, there wasn’t a factual report on the case.

As of January 2021, Gentille enjoyed over 35.2K followers on Instagram @gentille.chhun and her Twitter remained anonymous. Also, she had 3.9K followers on her Facebook @Gentille Chhun.

Over Facebook, she shared that she was from Houston, Texas, and lived in Las Vegas, Nevada.

As of late-2020, Gentille Chhun had worked as a realtor for over 14 years. She worked as a Real Estate Agent/Investor at Realty One Group, Diversified Investments, NOMI Boutique Online, and Mon Amour Gelato.

Furthermore, she owned a boutique named “Nomi Boutique” where she sold swimwear, dresses, and accessories.

As for her education, she attended Waltrip High, UofH, HCC, Phoenix School of Holistic Health, and MoneyWorld RE School to study Business, RMT, and RE.

Gentille Chhun first met Brian Bru when she hired him as a handyman. During her stay in Las Vegas, she was shopping around for affordable labor and there appeared Brian. She shared— “He was just very humorous! He was very quirky and made me laugh a lot when I met him. I’m a very serious person, for the most part, so for him being a goofball, it really lightened me up.” 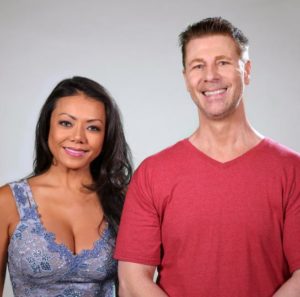 Gentille and  her boyfriend Brian

However, Gentille’s friends were not fond of Brian dating her. They often disrespected him and Gentille never stood up for him either. Instead, she defended her friends saying that they were protecting her as they knew “When I like someone I get blinded”.

Now, Brian isn’t completely innocent about the dislikes. Previously, Brian was engaged to another wealthy woman and he hid the fact from Gentille.

Also, Brian didn’t share the fact that he lived with his parents until late. Being a secretive guy, it was only natural for her friend to be dubious of him. But obviously, Gentille was madly in love with her. It’s surprising that she even called off their engagement at the altar.

In an interview with “All About the Tea”, Gentille shared— “I honestly do not think Brian is ready to have kids or take care of anyone. He can barely function in society or take care of himself.”