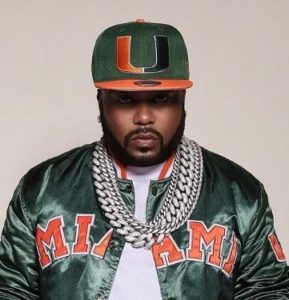 Pretty Ricky‘s Baby Blue was presenting himself in front of the federal judge for the multiple charges he faced for the alleged bank fraud. As of May 2021, he recovered from getting shot in his hometown and preparing for the court date. As the court date neared, fans wanted to be updated on his life and career along with other details.

Delve into this Pretty Ricky’s Baby Blue Wiki to learn more about him.

Pretty Ricky’s Baby Blue was preparing to plead guilty in the federal COVID-19 relief fraud case that was charged against him. The Love and Hip Hop Miami star are set to appear before U.S. District Judge Marcia Cooke on 9 June 2021 to plead guilty to at least one federal offense.

Regarding the case of Baby Blue, no plea deal had been announced as of mid-May 2021. The charges he faced for conspiracy to commit fraud will result in five years in federal prison.

All of the charges were arose from the allegations that Baby Blue filed fraudulent PPP Loan applications in October of 2020. He allegedly pocketed over $1 million from the federal loan program. As reported, he used the money for buying a luxury item; a 2010 black Ferrari 458 Italia that cost around $96,000 which he had listed as a company car for one of his businesses.

Federal prosecutors in Miami alleged that Pretty Ricky’s Baby Blue obtained $427,000 in a PPP loan through his company Throwbackjersey.com, by presenting a false document for the SBA loan. Then, he passed another loan of $708,000 from the company, Blue Star Records LLC.

Prosecutors moved to seize all the assets along with the car that he obtained with a fraudulent loan.

Pretty Ricky’s Baby Blue turned 36 years old in August of 2020. He was born on 13 August 1984. Per that piece of information, the singer owned Leo as his zodiac sign.

Real name Ala Diamond Blue Smith, Pretty Ricky’s Baby Blue hailed from his hometown of Miami, Florida, the United States. He was born to his father Joseph “Blue” Smith and his anonymous mother.

Joseph “Blue” Smith is best known as the CEO of Bluestar Entertainment. He served as the founder, manager, and producer of the Hip Hop group Pretty Ricky. Pleasure P AKA Marcus Cooper, a former group member, and a family friend, sued Joseph “Blue” Smith for what he considered to a “conflict of interest” between the various members.

The lawsuit mentioned Joseph exploited conflict of interest in the competing roles he occupied in Cooper’s life as a producer, manager, and booking agent.

While a few pieces of information remain scattered here and there regarding Pretty Ricky’s Baby Blue’s mother, no precise information exists on her.

Pretty Ricky’s Baby Blue grew up with his brother Spectacular Smith. Spectacular “Blue” Smith is an entertainer, businessman, TV personality, author, and philanthropist among other things.

In mid-April 2021, Pretty Ricky‘s Baby Blue fought against two armed robbers after getting attacked and ended up getting shot. The incident transpired in Miami at the Sparez Bowling Alley on Wednesday. His team reported that Baby Blue was “fighting for his life” after being rushed to the hospital.

As reported, Baby Blue was attending a release party for his new song Jerry Rice. The footage from the incident showed him laying on the ground while others around him called for immediate help.

As revealed by Baby Blue’s brother Spectacular, he tried to protect his cousin but the bullet went through his shoulder instead and pierced his lung. Giving further updates on visitation, Spectacular added— “So far only his mom and dad have been able to see him in the hospital due to COVID restrictions.”

On 22 April 2021, Baby Blue took to his Twitter profile to update his fans. He started with, “Thank you, everyone, for your thoughts and prayers.” He added—” I’m still in ICU but I’m on the road to recovery. The bullet that traveled through my lounges is stuck in my back. I have to learn to breathe & walk again.”

Then he ended it with—”I have a great medical team here at the hospital. God Got Me.”

Baby Blue can be discovered on all of the social media platforms. His verified Facebook page garnered 7976 followers. Similarly, his Instagram account earned 556k followers in total with a verified account where he posted 91 times as of this writing i.e 14 May 2021.

Overall, Pretty Ricky’s Baby Blue is estimated to have a total net worth of $3 million.

Baby Blue first signed in the mainstream as a member of an American Hip Hop/ R&B group Pretty Ricky. The group was formed in 1997 by Baby’s father. The group consisted of his brother Joseph “Blue” Smith, his cousin Corey “Slick ’em” Mathis, and as already mentioned, Marcus “Pleasure P” Cooper who was the only singer of the group.

Pretty Ricky was best known for the singles such as Grind With Me and On The Hotline. They released albums such as Later Night Special and Bluestars which received raved reviews. Also, the album Bluestars sold 56,000 copies in the first week after its release in May of 2005.

Besides the entertainment business, Pretty Ricky’s Baby Blue also owned a few companies. He was noted as the CEO of Blue Star Records.

As of 2021, Pretty Ricky’s Baby Blue was dating Red Spice. His girlfriend, Red Spice is a Black-Asian Instagram model with 316k followers on her Instagram account. Baby first appeared in Red’s IG on 21 April 2021. She confirmed the relationship with the caption,

Whereas, Red appeared on Baby’s Instagram for the first time on 23 February 2021. On the post, he wrote the caption,

Together, they share a baby named Babydarkblue. As of May 2021, he was 6 months old.