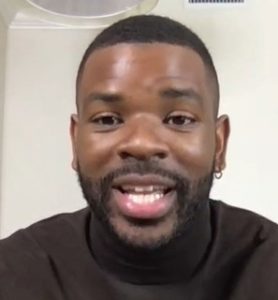 A fitness enthusiast and actor Jermelle Simon stars in the new American sitcom, The Upshaws, which premiered on Netflix on May 12, 2021. The Upshaws follows the daily struggles of a multigenerational family in Indianapolis with a slight touch of lightheartedness.

As the show has raved favorable reviews from the fans and critics, the fans of the show want to know how Jermelle is in real life. Learn about his age, net worth, wife, and girlfriend information in this Jermelle Simon wiki.

Jermelle Simon plays the role of Bernard Jr., the eldest son of Bennie Upshaw (played by Mike Epps), a working-class mechanic in Indianapolis, in The Upshaws.

Other important characters in the shows include his mother Regina (played by Kim Fields) and his two sisters Aaliyah (played by Khali Daniya-Renee Spraggins) and Maya (played by Journey Christine).

Jermelle was cast for the show in December 2020, much like every other character. He was pretty stoked for his role from the very beginning.

While promoting the TV show, Jermelle shared his experience of working with the other cast members of the show with Fox 5 Atlanta. He said, “First I was super nervous. Because I was working with legends you know…but they were all [Mike, Wanda, Kim, Paige, Kennedy] inviting and welcoming me to the cast. And it felt like a family.”

Jermelle even made an Instagram post wishing himself a happy 30th birthday on April 17, 2019. In the caption, “Happy Birthday to me!!!! I would write a deep caption about how much I’ve grown and how amazing this life is butttttt… I’m still processing the fact that I’m 30!!! ”

According to his birthday, his zodiac sign was found to be Aries.

The star of The Upshaws Jermelle Simon stands at a tall height of 5 feet 10 inches and weighs no more than 76 kilograms. Jermelle boasts an athletic body, black hair, and beautiful brown eyes in most of his social media pictures.

Jermelle Simon was born and raised by his parents in Florence, South Carolina. His parents’ names are Waddell Simon (father) and Carol Simon (mother). His father was a humble shipyard and his mom was a nurse.

Jermelle has a great relationship with both his parents, especially his mom. Carol has already been featured a couple of times on Jermelle’s Instagram. On May 10, 2021, Jermelle uploaded three pictures of him and his mother and wished her a happy mother’s day. Previously, in March 21, he had wished her a happy birthday.

Jermelle is of African-American ethnicity and holds an American nationality.

The emerging actor also has two siblings, both of whom are brothers. Their names’ are Jermol Simon and Jermaine Frost.

Reportedly, Jermelle Simon’s net worth was estimated to be around $200 thousand as of 2021.

Jermelle had always thought of becoming a great actor since his childhood. To open the doors to countless opportunities, he moved to California.

He learned acting by training at Gem Entertainment, Thespian King, and John Robert Powers. Before Jermelle landed any roles in movies, he put a lot of effort into the theatre works. Some of his theatres credits Estranged, Kansas City, and Blind Womans Bluff.

Jermelle first landed a role in a movie called Why We Pray in 2011. In 2013, he went on to star in a TV show called Tattoo Nightmares. Some of his other acting credits include Animal Kingdom, Confessions of a Hollywood Bartender, among others.

Yes, Jermelle does have an Instagram account. Not only is he available on Instagram, but he is also very active in it too. As of this writing, the emerging actor had 11.9 thousand followers on Instagram.

Jermelle Simon reportedly has 4 kids with their baby mother, Akia Simon. Three of the kids are Jermelle’s daughters and only one is his son. 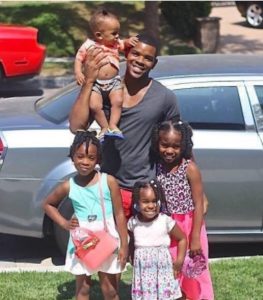 A still of Jermelle Simon and his four kids.

His son’s name is Jacob. Jacob turned 6 years old on September 5, 2020. Jermelle made an Instagram post to wish him on his 6th birthday.

Though we know Jermelle has 3 daughters, we only know the name of two of them. One of them is Jordyn and the other one is Jade.

By the looks of his Instagram, Jermelle is one cool father to his kids. He has uploaded all sorts of fun things he’s done with them. Recently, Jermelle even danced with his daughters in a TikTok video.

While we know that Akia Simon is Jermelle’s kids’ baby mother, we cannot confirm whether she is Jermelle’s wife or a girlfriend. We even don’t know if Jermelle is together with her anymore.

The couple has not shared any pictures of them since 2017. That is why it’s too tough to know about their current relationship.