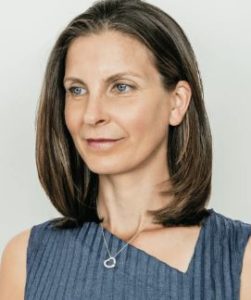 Clare Bronfman and her sister Sara Bronfman, daughters of Edgar Bronfman, found themselves embroiled in legal battles for their association with NXIVM. The Bronfman sisters lost a huge sum of money even after their legal woes.

So, Clare and her sister’s current net worth became a major concern for people who were familiar with the whole NXIVM scandal. So, scroll down, as we put forth what came to the light regarding the scandal including their net worth.

Clare was born as the youngest daughter of liquor mogul, Edgar Bronfman Sr. and his third (and fourth) wife, Rita Webb. She grew up with her older sister Sara, who is also involved in the NXIVM scandal.

The Bronfman siblings were raised as the two of the youngest children of Edgar. However, they didn’t have a loving relationship with their father.

Initially, Clare and her sister joined the “cult” when NXIVM portrayed itself as a marketing business company led by Keith Ranieri. After attending seminars, workshops, and events that cost $10,000 each time, both sisters made it into Keith’s closest group of friends.

And it was NXIVM that helped improve the siblings’ relationship with their late father as he also joined the group. But when Edgar found out his daughters were splurging on Keith’s workshop, he pulled himself out of the group.

In addition, Edgar became more upset when he found out that his daughter Clare loaned Keith a $2 million dollar loan at %2.5 interest. Later, he also named Keith’s group as a “cult.”

Clare inherited a total of $500 million net worth whereas her brothers inherited $2 billion each. Moreover, the two sisters spent around $150 million of their inheritance on the functioning of NXIVM.

Furthermore, the relationship between Clare and her father went south after she let NXIVM members go through her father’s email accounts. Plus, she and her sister also hired private investigators to unravel the potential enemies of the group.

In 2013, the mogul of Seagram took his last breath. But at the time, Clare and Sara had spent all of their inheritance on Keith Ranieri and processed for the loan.

The sisters received another $60 million as a loan against the provision their father created.

Even after losing a huge part of what she had in legal battles, bail, and other corresponding expenditure, Clare Bronfman is still left with a total net worth of $200 million.

After the FBI did a thorough investigation in the operation of NXIVM, the chief personnel of the company was arrested in 2018. And the list included Ranieri, Salzman, Mack, and Clare Bronfman.

The unfolding of the trafficking activities got them in further trouble.

Clare Bronfman faced several charges including money laundering and identity theft as an NXIVM associate. However, Clare pleaded not guilty and received bail against a $100 million bond.

All thanks to her sizable net worth, she didn’t go through much trouble to manage the sum of money. She reportedly paid $25 million in cash she received from her trust funds, another $25 million in real state and a private island in Fiji.

She initially bought the island for $47 million to develop a resort for NXIVM members. But once authorities believed that she might escape to her private island after the beginning of prosecution, they decided to put her in a house arrest in the US.

Clare used up another $14 million to fight for Raniere and other members of NXIVM.

In 2020, Clare Bronfman received 81 months in prison for the charges she faced being association and activities in NXIVM. Moreover, she spent an extra $500k fine and lost $6 million as a forfeit. On top of that, she had to pay $100,000 to the victim of trafficking.

A financial report on the amount of money Clare Bronfman spent on Keith and NXIVM totaled $150 million. Keith often recognized himself as the leader and cited the Bronfman sisters as their major contributors.

But, when Edgar claimed the group as a “cult,” it drew the attention of a few authorities and groups. It came to a surprise to many when they found out Keith outsmarted and convinced the two sisters to spend their sizable fortune.

As Clare’s expenditure report unraveled, the Bronfman sisters funneled $66 million of what they inherited to cover Keith Rainiere’s loss in the commodity market. More on the expenses: she spent about $30 million in real estate in LA and Albany, around $11 million for a 22-seat private jet, and a couple million to settle the lawsuits of NXIVM.

Keith also introduced an asset management firm to Clare and Sara. The company paid members of NXIVM directly from the sister’s account. And among the list of people who enjoyed the inheritance of Clare and Sara was Nancy Salzman, Keith’s main-man and president of NXIVM.

The Bronfman sisters’ frivolous sending didn’t stop there at all. They would buy $2.3 million worth of horse farm outside Albany, $6.5 million apartments in Trump tower, $1.7 million for NXIVM headquarter, and another $1 million to buy and furnish Nancy Salzman’s house.

India Oxenberg grew up on movie and television sets as she tailed her mother and step-father onto their jobs....

Barbara Bouchey is known to many people as the ex-girlfriend of Kieth Raniere, the founder of NXIVM. While...