Kenan Grant Bio: Now, Age, We Are The Brooklyn Saints 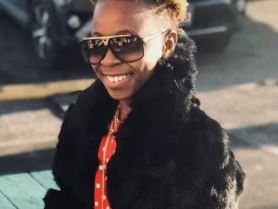 In late-January 2020, a new Netflix reality series “We Are The Brooklyn Saints” premiered. The series, directed by Emmy Award-winning filmmaker Rudy Valdez, followed the lives of football enthusiasts in a kids program. One of the memorable cast who found talent at a young age was Kenan Grant.

This Kenan Grant bio is an attempt to reveal his age, parents, and high school. Furthermore, keep reading to find out where he is now.

Also, Read: Sabrina Peterson Wiki: T.I., Age, Who Is She, Net Worth

Circa 2020, amid the pandemic, Kenan graduated from middle school. As seen on “We Are The Brooklyn,” he chose Erasmus Hall High School and set to graduate in 2024.

By his admission, Kenan doesn’t have NFL aspirations.

Instead, he aims to use football as a platform to meet his goal of becoming an engineer one day.

Kenan shared he will continue to play football as long as he doesn’t have to go professional.

With the Riot Squad, Kenan achieved the National Championship. Also, he traveled to across the United States to play.

Adding to the long list of achievements on his resume is Kenan’s status as a D1 athlete.

In case you didn’t know, the title is the highest level of intercollegiate athletics overseen by the NCAA.

When “We Are The Brooklyn Saints” began filming, Kenan Grant was the age of 13. Thus, he must’ve been born in the mid-2000s.

Kenan admittedly began playing football at the age of 4, following the footsteps of his siblings (brothers) and father, Demel Grant.

Doubling as a quarterback and a captain, Kenan excelled on the U13 team.

On the field, he guided his playing mates, some of whom never touched the ball before joining the squad.

As of January 2021, Kenan Grant was available on Instagram with over 2.8 thousand followers on the platform.

Kenan’s IG featured photos of him enjoying playing football and other sports including basketball. It also showcased his latest achievements.

“Aim For The Stars, Shoot For the Moon,” is one of Kenan’s favorite mottos to date.

Like any aspiring athlete, Kenan admires the late-NBA legend, Kobe Bryant. He seems to be inspired by Kobe’s Mamba mentality.

Kenan also appears to be a fan of Pop Smoke’s music. Honoring the late-rapper, he even wrote #rippopsmoke on his Instagram bio.

0 Replies to “Kenan Grant Bio: Now, Age, We Are The Brooklyn Saints”