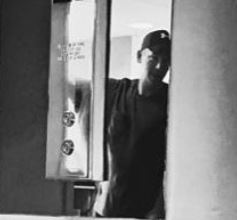 It is said that ‘Love is an accident’. Where it happens and how it happens is a fluke, sided by warm affection and intimacy. The thought stands true for the handsome security Dan Hayhurst and his new belle, the famous Pamela Anderson.

Pamela Anderson’s close sources confirmed in early September 2020 that she was in an ardent relationship with her bodyguard Dan Hayhurst. The two started dating seven months after Pamela divorced her ex-husband.

By 2020, Dan had been working as Pamela’s full-time bodyguard for about two years now. This pandemic allied them from their professional relationship to a personal one.

Dan and Pamela made a ravishing couple. Their fans and excited to outlook their collective adventures.

For their wedding, Dan Hayhurst and Pamela Anderson went the non-traditional route.

On 24th December 2020, Dan and Pamela tied the knot in an intimate ceremony at her Vancouver Island house. However, the world didn’t hear about them getting hitched in late-January 2021.

On the big day, Pamela looked stunning in a vintage satin slip, pastel tulle skirt, blue-ribbon corset, and floor-length polka-dot viel. Under her blue dress, Pamela sported rain boots. By her admission, she didn’t want diamonds at their wedding.

Speaking to Daily Mail about the nuptials, Pamela shared— “I think this romantic property has a lot of healing energy, I’m at peace here. It’s a big property but a few people passing by could see the fairytale gown with the long Princess Diana veil dragging in the mud. Heaven.”

“This one year together has felt like seven – like dog years,” Pamela added reflecting on the last year with Dan.

Only a day after Pamela Anderson announced her marriage to Dan Hayhurst, his ex came forth calling the Playboy model homewrecker.

Dan’s ex, Carey alleged Pamela seduced him while he was working on her property. Carey claimed she and Dan were still together at the time. They were together until Dan moved out in July 2020 to live with Pamela.

Carey also claimed she felt blindsided by the wedding news. She and Dan began living together in 2015. By Summer 2020, Carey was all on her own looking after 3 kids. Of the kids, 2 were from Dan’s earlier romance. Meanwhile, Carey came into the relationship as a single mother-of-one.

Dan and Carey met on a dating app. The blended family then moved to Vancouver Island around 2016. There, Dan landed a job as a contractor to renovate Pamela’s house. What’s more, his daughter Denise worked as a laborer on the project. Over time, Dan and Pamela got closer while his relationship at home suffered.

Labeling him a master manipulator, Carey revealed Dan always told her he never wanted to tie the knot. Denise, meanwhile, praised Carey for stepping up and looking after the kids.

Pamela had a long relationship history before she started dating Dan. In case the gorgeous lady ends up getting hitched to Dan, it would be the 5th marriage for Pamela.

Pamela initially got married to Tommy Lee, the father of her two sons Brandon Thomas Lee and Dylan Jagger Lee, in 1995. The marriage lasted only for three years till 1998 and landed up putting Tommy in jail for spousal abuse. As of now, Pamela and Tommy’s sons Brandon and Dylan are 23 and 22 years old respectively.

8 years after her divorce from Tommy, Pamela got married to Kid Rock in 2006. Pamela and Kid Rock parted ways in early 2007, before a year of their marriage.

In one of her interviews, Pamela mentioned that she wants to get married again. It seems like the love she waited for all these years, is finally in her doors. Not just the fans but Pamela’s close ones are also happy about her affair with Dan.  Hopefully, Pamela and Dan end up on a good note.

Although the exact age of Dan Hayhurst is nowhere in the public domain, his ex shared he turned 40 years old in 2020. On his 2020 birthday, Pamela reportedly bought him a boat. When it comes to Dan’s height, the exact number is not out, but as a bodyguard, he is at least 6 feet. Similar to his age and height, much information about Dan is yet to be out in public.

All the limelight Dan and Pamela’s relationship has been receiving is quite a new one for Dan. Although he has worked in between the limelight for some time now, he had never been in the limelight himself. His association with Pamela is also a recent bombshell for the audiences. Thus, nothing much about Dan’s family, and his overall background is out on the public grounds. That said, he is a Canadian by birth.

Gradually, with progress in Dan and Pamela’s relationship, new things keep peeking in. Sooner or later, their fans will get more ideas about Dan’s family background like Pamela’s.

It seems like Dan Hayhurst is not much of a social media person. After the notice of Dan and Pamela’s relationship got out, fans have been trying to find Dan’s accounts. However, all they have got, to this date, is nil.

There is a chance that Dan has a private Instagram and Facebook accounts with some other name. As Dan’s background itself is publically lowkey at the moment, there might be many chores of his life hidden from the public’s eye.

Whatsoever, Pamela posted her first picture with Dan on her Instagram on 27th August 2020. She captioned a picture of Dan’s reflection in the mirror, with her, inside the room as “Security”.

Hopefully, more of the couple together make a sensation in social media in the upcoming days.