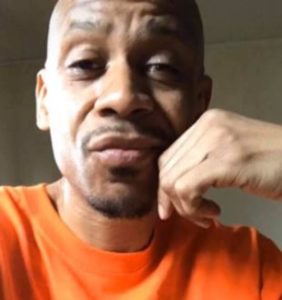 Kecalf Cunningham is the son of the legendary singer-songwriter, Aretha Franklin. And on the occasion of the release of Queen of Soul‘s new biopic, Respect, we wanted to cover people close to Aretha.

Read everything you need to know about Kecalf before you watch Aretha’s new biopic. Find out who his father was and who his wife is. Also, learn what he does for a living and his net worth over this Cunningham wiki.

Kecalf Cunningham was born on 28 March 1970 and as of August 2021, he was 51 years of age. Furthermore, because his birthday fell on the 28th of March, his zodiac sign was Aries.

And Keclaf got his name from the first letters of his parents’ names, Ken E. Cunningham Aretha Louise Franklin. Also, he was the youngest son of Aretha.

Aretha had four sons, all from different fathers. And Kecalf was raised together with his half-brothers, Clarence Franklin, Edward Franklin, and Ted White Jr. Kecalf also sometimes went with Kecalf Franklin’s name.

While we are on the topic of Kecalf’s father and mother, a new biopic of Aretha Franklin, called Respect, was released on 13 August 2021. In the movie, Jennifer Hudson plays the Queen of Soul. And Kecalf was not particularly happy with the way the film was made.

Kecalf wrote on Facebook that “THE FRANKLIN FAMILY (DOES NOT) SUPPORT THE MOVIE THAT IS IN PRODUCTION!!!!!” Apparently, the filmmakers did not feel “THE NEED TO CONTACT THE (CORE) FAMILY ABOUT ANYTHING!!!!”

He eventually came around and even congratulated MGM for making the film. Once again he wrote on Facebook “We had a wonderful time watching the film. Jennifer Hudson did a phenomenal job as well as the rest of the cast. We truly thank you all for providing your GOD-given talents to depict our mother/grandmother’s life story. Thank you all so much and GOD bless you.”

The film was directed by Liesl Tommy, in her directorial debut, and was written by Tracy Scott Wilson. Jennifer Hudson played the role of Aretha. Interestingly, Aretha Franklin had selected herself selected Jennifer Hudson to portray her before she died in 2018. So far, Hudson’s performance has been getting some rave reviews.

Kecalf Cunningham is not a very tall guy and stood at an average height of 5 ft 8 inches. But he has handsome features nonetheless with brown eyes and dark hair.

Until 15 Aug 2021, Kecalf Cunningham had a decent following on his Instagram handle @kpoint_, i.e. 6.9k. And he was present on Facebook as Eradesent Views and had almost 2000 friends.

Recently, Kecalf had also joined Tiktok and so far had 6 posts, 15 followers, and 122 likes.

Kecalf Cunningham is also an actor, according to his IG bio. And as of August 2021 had earned a net worth of about $4 million. He was also one of the inheritors of Aretha Franklin’s $80 million net worth.

Kecalf had followed his mother in the music career. He was actually a Christian rapper, who has been dubbed as the “Shaquille O’Neal” of Christian rap. Kecalf sings about stories from gospel and Christian values through his lyrics. When he first broke into the music scene, Aretha worked as his business manager.

Apart from his own music, Kecalf had often performed with his mother.

Kecalf Cunningham was once married to his wife Kafi, Cunningham. Not much was known about his wife. She has appeared a few times on her husband’s or her kids’ social media, but no information was revealed about her on none of those occasions. In fact, Kafi might not even be married to Kecalf right now.

According to Kafi, she was currently single and she also had another daughter Bianca Hall, who was not Kecalf’s daughter. With Kecalf, Kafi had three kids, daughters Grace and Victorie, and son Jordon. Victorie was currently 22 years of age. We do not know the ages of the other two kids. 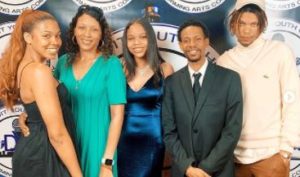 Kecalf Franklin with his wife Kafi and their kids circa July 2021 (PC: Grace’s IG)

All three of his kids were into music and could sing like an angel. Grace even sang for Jennifer Hudson. All Kecalf’s kids were also very proud of their grandmother.