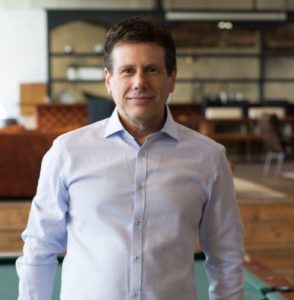 Co-founder of Snopes.com, David Mikkelson made headlines after his fact-checking website was accused of plagiarism. This not only brought attention to the company but also his marriage with his two wives Barbara Mikkelson and Elyssa Young.

Delve into this David Mikkelson Wiki to learn more about his role in Snopes.com, lawsuit, relationship with his wives, and details on his ex and current wives.

David Mikkelson turned 61 years old in 2021. He celebrated his birthday on 12 April.

David Mikkelson was born to his father Melvin Mikkelson and his mother Gloria Mikkelson in the United States.

Melvin, born in Britt, Iowa, graduated from Forest City High School in 1946. For college education, he joined Iowa State College and earned his bachelor’s degree in Electrical Engineering in 1950. His father worked at McDonnell-Douglas Aircraft for 43 years before retiring in 1993.

Gloria, David’s mother, was born in New York City and graduated high school from Westwood High School in New Jersey. She met her husband at Douglas Aircraft and they were happily married for 53 years.

Sadly, David lost his mother, Gloria on 16 December 2008 of an apparent heart failure. Four and half years later, his father, Melvin also died after losing his long battle with colon cancer on 21 April 2013.

The surviving members of David were his sister Stephanie Larsen, his two brothers Anthony Mikkelson and Eric Mikkelson.

While most people expected that David Mikkelson to be on Instagram, but he doesn’t seem to own an account on that platform. But, on Twitter, he went by the handle (@davidpmikkelson). His Twitter account garnered 841 followers. On the platform, he tweeted 664 times in total.

Owner of Snopes.com, David Mikkelson gathered a total net worth of around $40 million.

David Mikkelson and his first wife Barbara founded Snopes.com in 1995. The ownership of the company was formalized in 2003 under the company Bardav Inc.

Speaking on his educational background, David attended the University of Texas and earned his B.S. degree in Computer Science. He also did post-graduate classes at California State University.

The website which was first started just to pocket ad revenue became a full fledge company later on. It attracted 32 million visitors a month and required nearly $165,000 a month.

In the company, David handled everything from researching and writing articles about urban legends to managing the site’s technical infrastructure. Snopes.com quickly become the go-to place for Internet users to query the veracity of anything questionable they encountered online.

Snopes.com is a fact-checking website and original, investigative reporting lights the way to evidence-based and contextualized analysis.

But Bardav Inc. and Proper Media, a company at first entered into a contract with Snopes.com to provide some sort of services for Snopes, embroiled in a lawsuit after David was accused of misusing company funds for his personal benefit. Proper Media filed a lawsuit against Bardav Inc. at San Diego Superior Court.

David Mikkelson was previously married to Barbara Mikkelson who had the half-ownership of the company. As reported online, they first met each other in California in the alt.folklore.urban newsgroup. While working for Snopes.com, Barbara wrote articles some of which were

Did William Phelps Eno, the ‘Father of Traffic Safety,’ Never Learn to Drive? The Bennett Bridge Murder Case, The Well to Hell, Did Someone Once Write a Check on the Side of a Cow?, Death and the Wedding Party, Secret Shopper Scams, Are Vans Shoes Designed to ‘Stomp on Jews’?, Did a Korean Soup Company Solicit Animal Shelters for Dogs? and several others.

The period of their marriage remains unaddressed. However, they went into the process of divorce in 2014.

In 2017, David moved from California to Tacoma, Wisconsin, after they bought Alyssa’s parent’s home which was 97 years old in the city’s North end, according to Seattle Times. 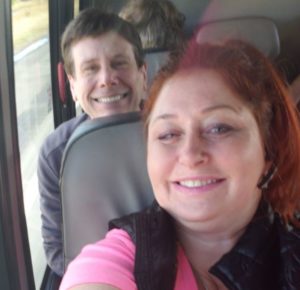 But, the fact that Elyssa managed and danced at strip bars, posed for adult magazines, appeared on adult television networks, worked in massage parlors, owned an escort referral service, ran a small online news magazine, and trained as a midwife earned more attention than her candidacy.

Yet, Elyssa denied the comparison of her job to prostitution.

In the lawsuit against David and Bardav, Proper Media accused David of paying a high salary to his current wife and Snopes employee Elyssa Young. They also claim Mikkelson and Young were wrongfully reimbursed company expenses to cover the cost of their honeymoon.