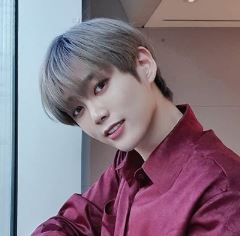 Read Yohan’s wiki and find out his cause of death, girlfriend, and family background! Furthermore, read along and discover his height, dating history, and musical career.

Yohan’s Cause Of Death Revealed?

When KJ Music Entertainment shared the news of Yohan’s untimely passing, they didn’t reveal the cause of death.

In a statement to Korea Times, KJ Music Entertainment said:

“We have come to tell everyone very sad and heartbreaking news. TST member Yohan passed away on June 16. The bereaved family is in great sadness. We sincerely ask the media to refrain from spreading rumours and speculation on Yohan’s cause of death. We would like to send our deepest condolences to Yohan as [he] goes on.”

The rumors suggested in the agency’s statement speculated that Yohan might have committed suicide.

Per the Asia News Network, cable broadcaster SPOTV was the first media outlet to break the news of Yohan’s death.

According to the reports, Yohan’s wake was going to be held at Severance Hospital in Sinchon. Also, his burial would take place on 18th June 2020 in the Yongin Catholic Park Cemetery.

As noted by so many, the agencies who manage the K-Pop acts ban its stars to engage in dating. Yohan was no different.

Even if he was in a relationship with his girlfriend, Yohan never made it public. Nonetheless, Yohan earned a huge female fan following because of his talents and looks.

Yohan was born in 1992 in Ulsan, South Korea. His family had named him Kim Jeong-hwan.

While still alive, Yohan used to celebrate his birthday on 16 April every year. As such, he possessed Aries for Sun sign.

Moreover, Yohan once described watching movies as his favorite hobby.

Before he tragically passed away, Yohan had garnered around 8.6 thousand followers on Twitter and 2.83 thousand more on YouTube.

Meanwhile, Yohan’s IG owned 31.1 thousand followers by mid-June 2020. His last Instagram post had arrived on 31st May 2020. An accompanying caption read: “I want to travel.”

Together, Yohan, Ain, K, Wooyoung, Junghoon, and Yonghyeon formed TST and debuted in early 2017. Together, they released two EPs “Wake Up” and “Time’s Up.”

With TST, Yohan churned hit songs like “Love Story,” “Paradise,” “Wake Up,” “She” and “Mind Control.”

Besides singing, Yohan also could play the piano and the drums. Moreover, he stated Vixx, BTOB, Infinite, and B.A.P. Away as his musical inspirations.