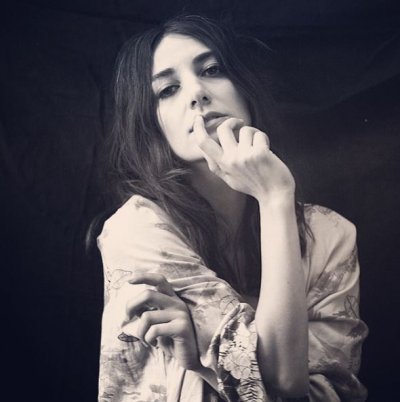 Sheila Vand, the American born Persian actress, won’t just take home any roles she is offered. She believes it is very important for people like her to not commit to the wrong projects.

She makes sure that she is contributing to a safer space for everybody because “there is a lot of hate” going in the world. And, at times like this, when people are getting information from the screens, Sheila believes it should not be anything but authentic and inspiring.

Now, let us write to you about the original wiki and career story of your down-to-earth yet talented artist.

Sheila Vand was born in the year 1985 in Los Angeles, California, in the United States. She grew up celebrating her birthday every year on the 27th of April. Lately, in the 2020’s April, her age became 35. Her zodiac sign is Taurus.

From her parents, Sheila Vand inherited (Persian) Iranian ethnicity. Her folks were Iranian immigrants who fled from the Iran-Iraq war to live in California.

Her father is a computer programmer and her mother is an accountant. Sheila is the first of her siblings to be born in the states. 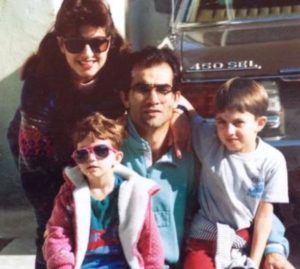 Sheila Vand, on the left, in a throwback family photo (PIC: Sheila’s IG)

As a child, Sheila grew up with a bilingual upbringing. Her parents were very strict about her speaking Farsi language, instead of English, at home. This, in the long run, prepared her for the role in the Farsi language film, A Girl Walks Home Alone at Night.

From what it seemed, Sheila’s parents were very supportive of her performing career. Because it would not have been possible for Sheila had her parents not put her on tape hoping to get an audition.

Sheila Vand has had her sights set on acting since she was a middle schooler. She said:

It’s really the one thing I never quit. I tried everything—music, sports—and nothing stuck with me, except this.

She continued her studies in college, and soon after graduating, she landed a guest spot in the NBC crime drama Life (2007). Eventually, she came across a role opposite to late Robin Williams in the Broadway show Bengal Tiger at the Baghdad Zoo. And so began her active participation in the industry.

Likewise, she starred in the movies Bold Native, Argo, Beverly Hills Cop, Women Who Kill, Jimmy Vestvood: Amerikan Hero, We the Animals, Prospect, The Wave, amongst a few others.

Per reports online, Sheila Vand had a net worth of $0.8 million.

Her Role On Snowpiercer

Snowpiercer is an American “post-apocalyptic dystopian” thriller drama series that premiered on TNT on the 17th of May 2020. The show is based on 2013’s South Korean-Czech film of the same name, directed by Bong Joon-ho, the creator of Academy Award-winning Parasite.

Sheila Vand played the character, Zarah. Zarah was originally named Cleo in the plot-script. Furthermore, she is the former lover of character Andre Layton played by actor Daveed Diggs. In the past, she had left the tail for survival reasons. And now she is forced to face her past.

Sheila Vand stands at an average height of 5 feet and 3 inches (1.6 meters). Her weight, at some time, measured 51 kg. Moreover, her complete body measurements were reported 32-24-33 inches.

Sheila Vand’s IMBD read— her boyfriend worked in music. He managed a bunch of bands which is the reason Sheila almost knew more about the music world than about her industry.

Except for this, there was no further clue on the identity of her boyfriend.

And although she had been married quite some times in movies and TV shows, her marital status in real life remained aloof.

In September 2018, Sheila shared a photo with “We The Animals” co-star Raúl Castillo on IG. In the post, she labeled Raúl “my movie husband.”

Furthermore, while Sheila portrayed the character Ma, Raúl played the role of Paps in “We The Animals.”

To anyone unaware of Raúl, he is an American actor known for his performances on “Seven Seconds,” “Vida,” “Knives Out,” and “Atypical.”

Alexie Gilmore is the actress who shot to prominence with Ryan Renolds starer Definitely, Maybe, an eccentric...