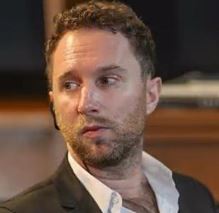 In July 2020, the United States lost one of its brightest progressive political commentator in Michael J. Brooks. He was 36.

Keep scrolling and find out Michael’s cause of death, wife, and net worth. Furthermore, delve into his bio and discover his family, education, and more!

Michael J. Brooks Cause Of Death

On 20th July 2020, official social media pages of Michael J. Brooks-hosted podcasts announced his death. They, however, didn’t pinpoint his cause of death.

According to the very statement, Michael passed away because of a “sudden medical condition.”

Taking to IG, Michael’s sister Lisa posted a photo of them. In the accompanying caption, she wrote:

“Michael was my brother, my only brother, my only sibling. Now that he’s gone a part of me is gone that can never be replaced. I’ll be writing and speaking more about him and his work soon. It helps to know people around the world love my incredible brother.”

What’s more, the Brooks family intended to launch a foundation in Michael’s honor.

When Michael J. Brooks died, he was less than a month away from celebrating his 37th birthday.

Likewise, on 13th August 2019, Michael had turned 36 years old. Being an August baby, he flaunted Leo for a Sun sign.

He was born as Michael Jamar Brooks to an anonymous father and a mother named Donna Brooks.

While his dad’s identity remained hidden, his mother worked as a somatic yoga teacher based in Northampton. Also, Donna penned books on yoga routines for specific needs.

Moving away from his parents and onto his siblings, Michael had a baby sister named Lisha Brooks. Residents of LA, Lisa & Dan Roberts — her partner — began working as an writing, acting, directing, and producing duo.

When he was alive, Michael understood the need of a big social media reach. On Instagram, he flaunted 13.9 thousand followers (21st July 2020).

After high school in 2005, Michael attended Bates College. There, she acquired a Bachelor of Arts degree in Political Science.

As a college student, Michael was a director of communications at “Valley Arts Project”. He also co-founded “Salti Solutions”.

Post-college graduation, Michael worked at CivicActions and talkingpointsmemo.com. What’s more, between Dec 2011 and Jul 2012, he was a contributing host and commentator at THE “David Pakman Show.”

In Aug 2013, Michael joined “Aslan Media Initiatives.” After a year, he quit the gig and began working for “GOOD Worldwide Inc.”

For 6 months in 2015, Michael was a senior analyst at the “American Iranian Council.”

At the time of his sudden passing away, Michael was hosting podcasts such as “The Michael Brooks Show,” “2 Dope Boys & a Podcast,” and “Majority Report”. Similarly, he was acting as a media strategist at “Influencercon.”

From his career as a podcaster and a political commentator, Michael J. Brooks allegedly summoned under $300 thousand net worth.

Nothing on Twitter and Instagram hinted Michael J. Brooks was survived by his wife and children. Interestingly, he had opted not to spill beans on his romantic partners and former girlfriends.

Reports online suggested Michael never got the opportunity to get married. However, surely, he possessed an interesting dating history.