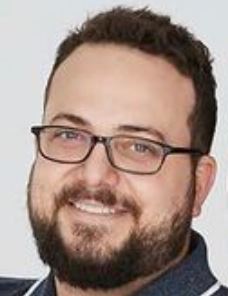 In addition to being entertaining, reality shows can sometimes be humanitarian. She’s the Boss is the reality show on USA Network, which follows a couple, Josh Walters and Nicole Walters, and three homeless girls they adopted as they navigate family and life.

In this article, we provide you with information about Josh Walter wiki, including his age, illness, and job.

Josh Walters celebrated his birthday every year on the 30th of August. And as of March 2021, he was 41 years of age. We can deduce from there that Josh was born on 30 August 1979. Josh’s zodiac sign was Virgo.

Josh Walters was born in the United States but we do not know the precise hometown of Josh.

When it comes to religion, Josh had Jewish faith. He celebrated Hannukah every year with his family, i.e. his wife and three adopted kids.

Talking about Josh’s education, Josh Walters went to the University of Maryland College Park for his undergraduate education. He graduated with a BA degree in English Language and Literature in 2001.

Later, Josh went to The College of William and Mary to get a graduate education in law. He graduated with a JD (Doctor of Law) degree in 2007.

Josh was not big on social media. He had a decent reach, but nothing for the celebrity of his standard. On Instagram, which Josh had kept private, he had 5.5k followers by March 2021. On Twitter, he had even fewer, only 589, followers. He did have a Facebook account but not a page.

Josh Walters is a man of the above-average build. He stands at a height of 5 ft 10 inches and weighs under 90 kgs. In one article, his wife Nicole mentioned that he had once got deathly ill. His wife supported him completely at that time, paying hospital bills, etc.

While still in law school, Josh started his career as a legal intern for State’s Attorney’s Office for Prince George’s County. After college, he worked for about a year as a Contract Associate for Waldman & Diamond, Chartered as well as for Ober Kaler.

From March 2009, Josh started a job as a Senior Staff Attorney in Persels and Associates. After working in that job for two years, he went on to work as an Associate Attorney for Weinstock, Friedman & Friedman. He left that job after 7 years in 2018.

As of March 2021, Josh had two jobs. One, he worked for NapNic, LLC as a CFO & General Counsel. Two, he was a managing partner at Wheelhouse Legal. The latter, which was Josh’s own firm, was a boutique law firm.

Wheelhouse Legal offered services for entrepreneurs, particularly small businesses and start-ups. To be more precise, they were focused on Internet-based enterprise.

Apart from his usual sources of income, Josh was also a part of reality series called She’s the Boss, which airs on USA Network. Josh must also be earning a great deal from the show.

Josh Walters is married to Nicole Walters, a former top-selling corporate executive. They have been married since 2009.

Josh and Nicole did not have kids of their own but they had adopted three kids, all daughters, Ally (LittleTiny), Krissy (MidTiny), and Daya (BigTiny).

Things started in 2013/214 when Josh and his wife saw the three girls and their mother panhandling in the streets of Baltimore.

Nicole was concerned for the kids. She started to provide them meals and help them in little ways. But about a month later, the kids’ real mother was incarcerated. It was then that the Walters decided to adopt the kids.

When the mother was released from the prison, she agreed that it would be better for her kids to live with the Walters. Josh and Nicole formally obtained full guardianship in September 2015.

The family life of the Walters couple and their adopted kids is showed in the upcoming reality TV series She’s the Boss. The show features Josh, Nicole, Krissy, and Ally from the Walters family.

The eldest daughter Daya did not appear in the show because she was a little shy and did not want her life to be out in the public. Daya was already in her 20s and studying at Johns Hopkins University.

The second daughter, Kriss was also in her first year of college. But we do not know which college she was studying in. In 2019, Krissy was diagnosed with Hodgkin’s Lymphoma. 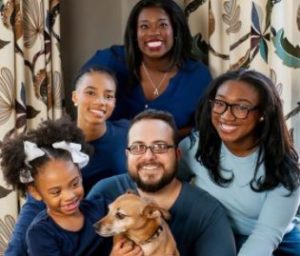 It never looked in the Walter family that the kids were adopted. In fact, the family fit as naturally as any biological family.