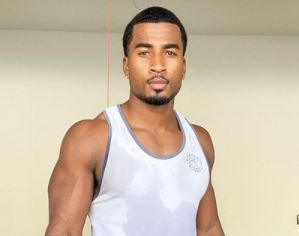 Meet John Gaines, the fitness trainer who was revealed to be Victoria Monet’s baby daddy.

In Dec 2020, after Victoria announced her pregnancy, it was obvious that fans would dig in about the father. Though Victoria herself remained private, the pictures of Victoria Monet’s baby daddy were blowing over the internet.

So, who’s the other half that Victoria’s baby inherits? Tag along with us with this wiki to learn everything about him.

Just in case you are curious, Victoria Monet was born on  May 1, 1993, and is of the Taurus zodiac.

Growing up in his hometown Fresno, California, John Gaines comes from a big family. Mentioning his siblings are:

Starr Gaines-Glynn: She is a Nurse Practitioner who celebrates her birthday on October 28. In 2020, she was working at Fresno Kaiser Emergency. Also, Starr is a wife and a mother of two (John’s nieces). The nieces were often seen over John’s Instagram and Facebook, helping him work out or just chilling with him.

Tauheedah Smith: She was a teacher and celebrities her birthday on October 6.

Ishmael Isaiah: He celebrates his birthday on November 23 and was 35 years of age in 2020.

Jameel Fredrick: Eldest of all, Jameel celebrated his 39th birthday on Nov 19, 2020. At the age of 22, doctors said that he “wouldn’t make it” but by the grace of God his life was spared.

As for the parents, John’s father is named Fred Gaines while his mother remained anonymous. Fred was a strong believer in god and he filled his Instagram @fredgaines1  with quotes and prayers praising the god.

Trivia: John has an aunt named Stephanie D. Watkins. She is a former legal assistant at the Law Offices of Frederick A. McNeill and worked as a paralegal at Law Offices of Heywood G.Friedman in 2020.

Talking about his upbringing, John was an average athletic kid interested in football. He played as a cornerback for his high school football team and would wear the jersey number 21.

Mentioning his distinct features, John is a handsome man with a ripped body. Also, he had dark eyes and loved to keep his hair short.

As of late-February 2021, John entertained 181K followers over Instagram @gainsbygaines. He mostly uploaded his workout routines and pictures flaunting his chiseled abs.

Also, find him over Facebook @john.gaines.25 and TikTok @gainsbygaines with over 188K followers.

Also, as an influencer, he endorsed brands like Degree, Target, Bodyarmor, Ritual, and UB Nation L.L.C.

In 2020, John worked as a personal trainer at GxG Fitness, Sherman Oaks, CA, and had a job as a sales representative at Keyes Chevrolet, Van Nuys. Before this, he was also a bartender at The Drunken Crab for over 5 years.

If you don’t know, John was a licensed CPR/AED/First Aid practitioner as well.

John Gaines & Victoria Monet: Dating, Baby, How Did They Meet?

The dating life of John Gaines and Victoria Monet was still a mystery as of 2021.

Though many claimed that John first met Victoria as her fitness instructor, the duo didn’t confirm the rumor. Also, a fan wrote,

“Omg she did an lie detector test interview where the person asked if she found the guy in her music vid attractive and would date him and she was BLUSHINGGG lmao wonder if she slid in after that.”

But the dating life of John and Victoria wasn’t new to their dedicated fans. They were often seen commenting on each other’s posts over Instagram and Twitter. Overall, fans were happy that Victoria “won” and her baby daddy was a handsome man.

The Pop and R&B singer-songwriter, Victoria announced her pregnancy on Dec 5, 2020, over Instagram. She wrote,

“I’m so happy to share that I’ve been promoted to the title just above Queen…Mom.”