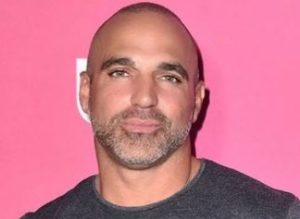 Season 11 of The Real Housewives of New Jersey premiered on Feb 17, 2021, and just within a few episodes, a new drama unfolded. Though unclear at the start, the rumors had that Melissa cheated on her husband, Joe Gorga

Even over the trailer, Teresa Giudice was seen accusing Melissa of infidelity. She claimed, “Last night, the owner of the restaurant asked Melissa for her number. They’ve been texting all day!” Later, the trailer cut to a scene where the duo got into a fight — “Be careful what you say because I’ll never talk to you again,” Joe said to Melissa.

So, while only time can reveal what’s to become of the couple, let us learn about the husband Joe Gorga in the meantime. Keep reading this wiki to learn all about his life behind the screen.

Corresponding to his birthday, Joe is of the Leo zodiac.

Raised in his hometown Paterson, NJ, Joe Gorga comes from a family of four. His parents are named Antonia and Giacinto Gorga, and he has a sister named Teresa Giudice.

If you are wondering, yes, she is the same Teresa Giudice from The Real Housewives of New Jersey. His sister has been a cast member of the show since season 1. She was married to Joe Guidice in 1999 and they share four daughters. The last we saw her, Teresa was mingled with her boyfriend Luis Ruelas.

Did you know: Joe Gorga’s real name is Giuseppe Gorga.

Information about his education wasn’t shared.

He often posted motivational quotes over his pictures on social media.

Joe Gorga’s net worth was over $2 million in 2021. Likewise, his wife Melissa Gorga held the same net worth as well.

Apart from his time as a reality star, Joe was involved with multiple businesses. He was into landscaping, trash business, flipping houses, owned and leases several properties, and was also a restauranteur for a short time. Reportedly, Joe co-owned an Italian restaurant (Gorga’s Homemade Pasta & Pizza) with his sister, shortly after their mother’s death.

According to Joe, it was his dream to open up a restaurant for his mother. But along with the hustle and bustle, he never got a chance to gift her the restaurant. Just by the time, he signed a contract on the place, his mother passed away.

Unfortunately, the restaurant fell out of business just a year after its inauguration. His sister blame “shady management” for its failure and also claimed that they have no idea that they would be “overwhelmed” by the number of people coming in.

But this wasn’t Joe’s first loss in business. Previously, he was sued by a tenant for a slip and fall accident at a rental property that he owned. Also, later, he was sued again for $17,000 by Starlite Window for an unpaid translation with the company.

However, Joe has made more profit from his jobs than the losses. Reportedly, he made over $2 million in 2020 just from flipping houses alone. We could see him flaunting his deals over IG which all ranged from over $500 thousand. But many accused him of sharing fake photos of flipped homes. He was even busted stealing pictures from other sites and posting over his IG.

As for his house, Joe lived with Melissa at a $1 million Jersey Shore waterfront manse in 2021. The 3,500-square-foot built house had six-bedroom on the first floor, a spacious dining room, and nautical-style chandelier and bay windows.

‘“That’s going to be my wife”, This was what Joe Gorga said to his friend when he first saw Melissa walking by with her girlfriends in Cancun, Mexico. He was on spring break vacation with his friend and fortunately spotted her. However, he didn’t approach her immediately.

Later, he saw Melissain again in New Jersey in the summer at a beach club, and the rest is history.

The duo then went on to marry on August 20, 2004. Commemorating their 16th wedding anniversary, Joe took it to his IG to write,

“The happiest day in my life Was the day you finally became my wife. We are so lucky to have each other. Happy anniversary my love.”

Though the two were going through a rough patch, Melissa was shown “fighting” for her marriage over the show. And it seems like, the lovebirds made it through the storm and avoided divorce. Just on Valentine’s day 2021, Joe uploaded their picture over IG with a caption,

“Happy Valentine’s Day to the love of my life. She just keeps getting better (heart emoji)”