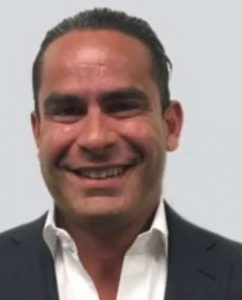 And besides the starring role, she has been on since 2009, Teresa also landed some fame as the author of multiple New York Times bestseller cookbooks.

Not to mention, she featured on Donald Trump’s The Celebrity Apprentice 5.

Meanwhile in the writing is everything you need to know about the businessman boyfriend she was spotted with. The new-found beau goes around by the name: Luis “Louie” Ruelas.

Luis Ruelas turned 46 years of age in April 2020. Every year, the 23rd of April marks his birthday and therefore his zodiac sign is Taurus.

Luis Ruelas and his family hail from their hometown in Allendale, a borough in Bergen County, New Jersey.

According to mylife.com, the names of Luis’s family members are Iris Ruelas, Jennifer Ruelas, Luis Ruelas, and Veronica Ruelas. Although, the source could not tell how Luis is related to each of them.

Also, at the time of this writing, not much was disclosed about his early life.

So far, he was living a very low-key life, away from social media and all.

And the first time he was spotted was by a fan when he attended a game with Teressa. We are said, Luis can be seen placing his hand over Teresa’s waist, in the picture.

Luis Ruelas is on Instagram as the handle: ‘@louie.ruelas’. The profile with 986 followers included only one post (until December 2020).

For now, we did not find him on the rest of the social media sites including Facebook and Twitter.

Luis Ruelas, as per LinkedIn, is a Co-Founder/EVP of Business Development at Digital Media Solutions. He continued to work in the Clearwater, Florida based company since August 2012.

And before this job, he happened to be a CEO, Co-Founder at Interactive Marketing Solutions in Nanuet, New York, for nearly 13 years.

This way, with over 25 years of experience in the digital response marketing industry, Luis Ruelas reportedly pulled in over $2 million net worth.

Regarding education, we only knew him as the Tappan Zee High school graduate (1989-1992).

Luis Ruelas & Teresa Giudice: Dating, How Did They Meet?

Luis Ruelas was spotted with Teresa Giudice over the early November weekend in 2020. They were having fun at a football game.

And Luis was not identified until a fan shared a photo with a celebrity gossip-focused Instagram account inquiring the identity of Teresa’s never before seen companion.

A source to Page Six has confirmed Teresa and Luis being in a relationship for two months after finalizing her divorce from her ex-husband, Joe Giudice. For now, more details including how and when they meet, are yet to follow.

Teresa and Joe finalized their divorce in September 2020, after 20 years of marriage, followed by a rocky relationship after each of them were sent to prison on fraud charges.

Before all this happened, they lived together as a family in the Towaco section of Montville, New Jersey with their four daughters: Gia, 19, Gabriella, 16, Milania, 15, and Audriana, 11 (ages as of 9th November in 2020).

Not long ago, Teressa and the family celebrated daughter Gabriella’s sweet 16. 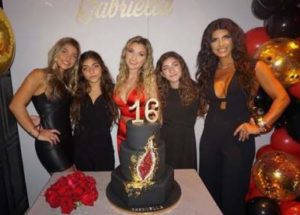 Teressa and the daughters on 6th October in 2020 (Source: Teressa’s IG)

And in the meantime, during an October 2020 interview with E!, Joe said he is not okay about Teresa dating someone else but he “wants” her to “get out there and date”.

Giudice’s ex-husband, Joe Giudice, said that he wants her to get out there and date.

In December 2020, Teresa finally introduced Luis to his followers on Instagram. Uploading a photo of them, she called her boyfriend “The BEST thing that came out of 2020”.

Who Are Luis Ruelas Kids & Ex-Wife?

Luis Ruelas is a single father of two kids. His ex-wife or ex-partner is not currently in the picture. Maybe the future will be more telling.

In the meantime, we know, Luis as a father of two sons, spends a great deal of time advocating for children with special needs with a particular focus on Autism given his son’s likewise health condition.

Also, according to his company’s bio, the Allendale, New Jersey inhabitant is an “avid philanthropist” who has raised “thousands” for charitable programs for children.