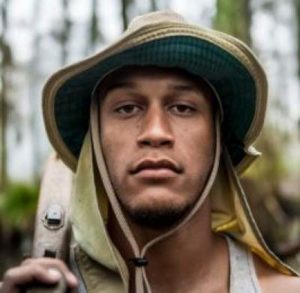 Get to know him closely in this Dorien Edgar Wikipedia below.

Dorien Edgar is clearly the heir of a famous fishing family, the world got to know as of the seventh season of Swamp People. Besides, the Edgars also has a long history in the alligator hunting business.

Dorien, meanwhile, is the son of Dwaine Edgar, and grandson of Daniel Edgar. At the time of writing, Daniel continued to be the head of the family. Apparently, he is the one credible for much of the Edgars’ success in the world of alligator hunting.

Dorien, just like his folks, was born and bred in New Iberia, Louisiana. He seemingly acquired a mixed ethnicity from them.

In the family, Dorien also has his mother Adrienne Marie, and three siblings: Gabriel, Alexx, and Jolie.

More about the Edgars family background— Dorien’s grandfather Danielle was first married to Juanita, a pretty Creole lady. She was the mother of his sons Joey and Dwaine. Sadly the marriage could not survive Daniel’s long working hours. They separated but continued to maintain a positive relationship for decades. Later Juanita died.

Daniel married for the second time to a Mandy who came from a Cajun family in the Lafayette area. They gave birth to one daughter Danielle. And this time too Daniel’s deep commitment to the job eventually caused the marriage to fall apart.

As we write this on Feb. 19, 2021, Dorien was active on Twitter as well as Facebook. But, it seemed he used them only on occasions. Also, for someone who has been on a national TV program for a while now, he was not at all famous on social media.

Had it not been for Swamp People, Dorien Edgar fans would be hardly seeing him. Rarely showing himself on his socials, he stands to a height that is 5′ 11″ and a weight that is above 88 kg.

Dorien’s grandfather Daniel entered the commercial fishing business at a very young age actually following in his father’s footsteps. Therefore, it is all thanks to him the coming generation of Edgars was born to an all-established business. The family business started by the elderly has now become the income source for the entire Edgar clan.

Clearly, at the time, if not soon, the members of Dorien’s family are waiting to pass down to him not just the net worth but the responsibility of the entire process.

Ever since Dorien and his family started to appear on Swamp people, they have been even more and immensely benefited from the business. The demand for alligator meat skyrocketed keeping the alligator farmers in business.

The family believes without the Swamp People, the wild alligator management plan would be in a “disarray.”

Reportedly, Daniel, who originally declined to appear on Swamp People for several years, managed a net worth of over $100 thousand. Word has it, he is paid an estimated $10K for each time he features on the reality series as a hunter living in the swamps.

Meanwhile, we could only tell Dorien made good money from the show. Of course, except for the 10th and 11th seasons when he was away from the swamps working in the oil fields of Texas and Oklahoma. Having previously been on the season 7, 8, and 9, he returned for the show’s twelfth part, to see if he can make it in the family business.

A College Station, Texas resident, per his Facebook bio, Dorien did not seem to have been married now or anytime in the past. He also did not have any children, at the moment.

On December 28, 2020, making an exception to this otherwise empty social media, Dorien posted a picture of him with a woman. 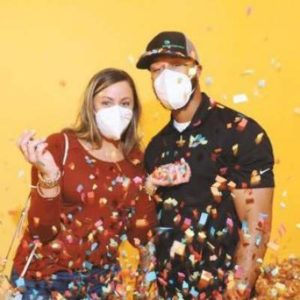 On the comment box below when a friend asked who the lady was, he had replied “my old lady”. The commenter then wrote, “she don’t look that old”, to which Dorien said, “she isn’t lol”. Lastly, the commentator typed, “looking forward to meeting her” and Dorien putting an end to their brief conversation replied, “soon soon!”

In some way this meant, he was due to introduce his girlfriend to his friends and family. Family, because down in the comment area, Dorien’s mom was also spotted writing, “Hmmmm😉 call your mother please 😆”.