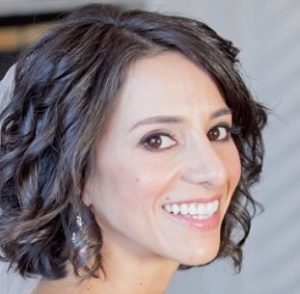 If the word ‘multitalented’ could be used for only a single person in the world, that person should definitely be Vance DeGeneres. Vance does acting, comedy, music, producing, and screenwriting professionally.

The subject for this wiki is his wife, Joanna DeGeneres. Like her husband, Joanna also belongs to the entertainment world. The former actress currently works as a headshot photographer in LA.

Learn about her age, her job, her married life with Vance, and her relation to Ellen DeGeneres in this Joanna DeGeneres wiki.

How Is Joanna DeGeneres Related To Ellen DeGeneres?

Ellen DeGeneres’s decision of quitting her long-running show The Ellen DeGeneres Show after nearly two decades in the air became hot news on the Internet.

Because of this, a lot of people with the last name “DeGeneres” have been getting attention. One of them was Joanna DeGeneres.

While there is no official mention of Joanna DeGeneres’s exact birth date anywhere on the Internet, some reports suggest she was born in 1974. That means she was 46 years of age in 2021.

Joanna celebrates her birthday on the 20th of December every year. Going by her birthday, her zodiac sign is found to be Sagittarius.

Joanna DeGeneres was born in Edinburgh, Scotland, and lived there for the first thirteen years of her life. Only then, she moved to the United States. According to Joanna’s IMDB page, her maiden name is Miller. Later, she took the last name “Brooks”.

Joanna DeGeneres stands at a rather short height of 5 feet 4 inches (1.63 meters) and weighs no more than 50 kilograms. Her physical distinctive features would be her black hair and brown eyes.

Joanna has a massive social media reach for a photographer. Her Instagram feeds are mostly filled with pictures of her clients. She had 24.1 thousand followers on her Instagram handle as of May 2021.

Joanna DeGeneres went to Southfield Lathrup for her high school. From 1992 to 1997, Joanna went to Michigan State University and did a bachelor’s studies in Fine Arts. Graduating from there, she joined the University of Washington and enrolled herself in Acting Professional Actors Training Program.

A lot of people may know her as a headshot photographer, but note that Joanna has acted in few movies and TV shows too. According to her IMDB page, Joanna played the role of a waitress in Crazy, Stupid Love, and was in the role of Valerie in one episode of How I Met Your Mother.

Joanna started shooting headshots in Los Angeles when the industry had just switched from black and white photography to color digital.

Over her long career, Joanna has photographed some famous people. Her works have been already featured in People Magazine, Ellen DeGeneres Show, The New York Times, among others.

As of May 2021, Joanna DeGeneres’s net worth was reported to be around $1.5 million.

Though we don’t know how and when did Joanna and her husband Vance met for the first time, it’s no doubt that they sparked a romantic connection in their first meeting itself.

To those who still don’t much about Vance DeGeneres, well some of his big career achievements are listed below: wrote for the Ellen Show, was a correspondent on The Daily Show with Jon Stewart, and co-founded the rock band House of Schock with a drummer Gina Schock from The Go-Gos.

Joanna and Vance married on August 17, 2013, at the Ojai Valley Inn and Spa in California. Their wedding ceremony was a very small one with only 15-25 people in attendance. Ellen, her wife Portia de Rossi, Vance’s mom Betty and Steve Carell were some of the attendees.

While we don’t know about Joanna’s relationships before she married Vance, Vance was married to Mimi DeGeneres in 1990. The two got divorced a year later in 1991.

From what we can tell, the couple is absolutely in love with each other–and yes Joanna and Vance are still married. Oftentimes, their love also makes way to their Instagram handle.

For instance, on February 14, 2020, Vance posted a picture with Joanna and wished her a happy Valentine’s Day. 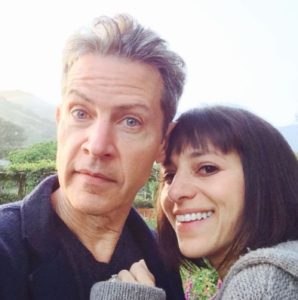 The adorable duo even attended 2020’s Golden Globes together.

Though the pair did not have any kids as of May 2021, they have a beloved dog named Taters. You can find a lot of pictures of Taters on their socials.