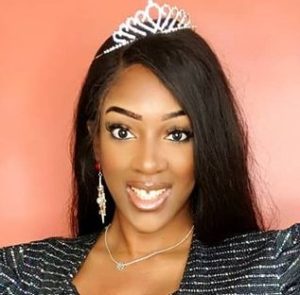 ITV2‘s Secret Crush is a brand new dating show that kicked off its first episode on May 10, 2021.

The show follows a pretty simple premise: single people will confess their feeling to whom they love, be it a best friend or a co-worker, and their relationships will go under a test. Whether the confessed feelings will be mutual or will it result in the most awkward scenario for them? That is something viewers will see on their TV.

While there are contestants whose stories are very interesting, for this article we are going to talk about the host and the presenter of the show Verona Rose. Learn about her relationship status over this Verona Rose wiki. Also, get insights into her age, family information, and net worth.

While Secret Crush is not the first TV show Verona has appeared on, it definitely is the first show where she has taken on the role of the host.

Verona was excited to land the role of host in the ITV show. She even made an Instagram post regarding that. She wrote, “I have been performing and acting since I was around 6 years old. This has always been a dream of mine. I have almost given up on several occasions mainly due to illness but my health is in tip-top shape and I receive these blessings with open arms.”

Actress/presenter Verona Rose was reportedly born in the year 1993 and thus was 27 years of age in 2021. What’s more, Verona celebrates her birthday on the 21st of November every year.

On her 27th birthday, a lot of her friends and fans wished her a happy birthday on her social handles. She posted a video on her Instagram thanking everyone for sending birthday messages, videos, and presents.

Replying to one Twitter user’s questions, Verona Rose revealed in October 2020 that she stands at an average height of 5 feet 8 inches. Furthermore, she does not weigh more than 64 kilograms.

Verona has been a patient of Hashimoto’s disease, an autoimmune disease whose symptoms include hair loss, weight gain, and extreme weakness, for more than 5 years now. Though due to this disease Verona gained a lot of weight, she revealed through an Instagram post in 2018 that she was once underweight.

Verona has a separate Instagram handle where she shares the recipes that have helped her to improve her health. She likes to call herself “Hashimoto Hypothyroidism Warrior.”

Verona Rose was born in her hometown in Southampton, United Kingdom.

To talk about her family members, Verona has a dad, mom, and five siblings. On June 21, 2020, Verona wished a happy Father’s day to her dad by making a post on Instagram. A part of the caption went like this: “Happy Fathers day daddy. Thank you for everything you have done over the years… When a lockdown is done we can have one big celebration for everything we missed.”

As of May 2021, there was no information available about Verona’s mom.

Verona has an age gap of 16 years with one of her sisters. Furthermore, we also know that Tyrone Gordon is one of her brothers.

Reportedly, Verona Rose’s net worth was estimated to be around $1 million as of 2021.

For education, Verona went to the Brit Performing Arts School. From 2004 to 2007, Verona studied at Brunel University London and achieved a bachelor’s degree in Modern Drama studies, Drama and English.

Verona is a comedy writer and a part of a comedy duo with Donna Preston. She is best known for writing Fully Blown. As a writer, Verona has also written a TV mini-series, Dick in Ibiza.

As an actress, Verona’s credits include Love Spell, The Emily Attack Show, Fully Blown, Forbidden Truth, among others.

Verona Rose Partner: Is She Married Or Dating?

Coming to Verona’s dating life, unfortunately, there is not much we know about that. As of this writing, we were unaware of whether she was dating anyone or was already married.

However, one time she did ask Tri Force Event if Colin was married. But, in the same tweet, we got to know that she was asking for a friend of hers.

To talk more about her relationship life, we know that her celebrity crush is 50 Cent. In the Q & A session held by Press Centre, she also revealed that her ideal date would be having her loved one on a little boat, or even in a field in the middle of nowhere and having a picnic with some music.

Opening about her best date, Verona told Press Centre: “Me and my partner once had lunch at the top of the Atlas Mountains in Morocco. It was so peaceful looking at the greenery, watching the nature and just eating and being with the love of my life.”

Meanwhile, about her worst date, Verona shared: “My partner and I once went to a restaurant and were seated by a window. One of his friends walked past and my partner started banging on the window and screaming at the top of his voice. Everyone at the restaurant was looking at us and I just sat there with my head down.”