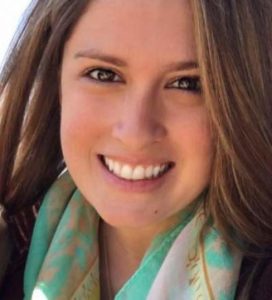 From Clare Crawley leaving the role of the Bachelorette halfway to Tayshia Adams saving the season (thirteenth) Bravo network’s dating game show The Bachelorette was a whirlwind equivalent journey.

And now, after the “Week 1 Season Premiere” in October 2020, we finally have a winner and it’s none other than Zac Clark!

While all of this is happening, Zac’s ex-wife, Jennifer Stanley-George, who otherwise kept herself away from the headlines and internet gossips, broke her silence on many things concerning Zac.

Here’s everything you need to about her and what she had to say.

Jennifer Stanley-George was born with the traits of Pisces on 13th March.

It seemed Jennifer’s friends and family mostly called her by her shortened name ‘Jen.’

She comes from her hometown of Beggs, Oklahoma.

Her life, before she got married, stays a mystery to the rest of the world.

Jennifer looks stunning in her height of above 5′ 6″ and a lately reported weight of below 54 kg.

She has mildly blonde hair, a beautiful smile, and not to mention, a quite noticeable mole on the left side of her chin.

At the time, we could not find her on Instagram or Twitter. But one can certainly look her up on Facebook which is where she regularly posts updates from her life.

Jennifer Stanley-George is an English Language Arts teacher at Glen Landing Middle School. She has been doing this job since September 2008 and not long ago, she completed her 13th year teaching the subject.

Over the course, she has taught 6th, 7th, and 8th-grade levels in the school. Jennifer says, she loves the job and feels blessed to work with the wonderful students that enter her classroom each year.

For her education, Jennifer graduated from York College of Pennsylvania with a degree in Secondary Education – English. She, further, graduated from Wilmington University with a Masters Degree in School Leadership & Administration.

All been said, still the figures to her net worth remained unidentified.

In an interview with Us Weekly, Stanley-George enlighted everyone about her past marriage with Zac.

Before this, Zac had also spoken about his former wedding during a one-on-one date with Tayshia Adams. But, at the time, he had revealed fewer details about his ex-wife. He said their wedding had occurred some time in his 20’s. He had even accepted that the marriage was doomed from the start as a result of his struggles with drug and alcohol addiction.

To put the timeline more precisely, Jennifer and Zac were married by June 2009, got separated in January 2011, and their divorce was finalized in February the next year.

About the time, Jennifer said,

“He (Zac) said [on the show], ‘I left after a DUI’ — I don’t even remember him getting a DUI honestly. He needed to do [get clean] for himself, not for me. And I think at that point if we had stayed together, he would have been doing it for me.”

Jennifer also implied that infidelity never was a problem during their marriage. And that today, she is definitely happy for him that he turned out to be the final one left with Tayshia.

So much so, she is herself the fan of the show’s lead. “I love Tayshia. I watched her on the other shows too and she seems so sweet”, said Jennifer, about her former husband’s love interest.

As Jennifer Stanely-George, said to Us Weekly, she has long moved on with her life since the tragic tale with Zac was undone for good.

She said because she is happily married, she has been distracted, and there were no hard feelings there watching Zac on the latest season of The Bachelorette. However, she did use the words “little shocking” and a “little hard to watch” when asked how it felt like to see her ex-husband develop such a strong romantic relationship on television.

Jennifer has been married to her now-husband whose name we do not know as of yet.

Judging from her Facebook posts, it seemed the couple got married in November 2019. Even their son was one of the very happy attendees on the big day. 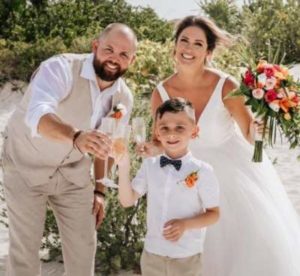 At the time of this writing, they were a family of four with a recent new addition.

Jennifer and her husband welcomed their first child, a son, some time in 2014. And, the family, now residing in Williamstown, New Jersey, welcomed their second child in December 2020.

Months prior, on 12th July 2020, they had revealed the baby news. Ever since she also showed off her baby bump every now and then, but is yet to introduce her new-born to the world.