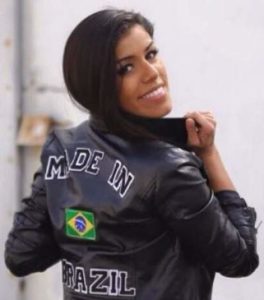 Brendan Morais became a frontrunner since Tayshia Adams replaced Clare Crawley as the Bachelorette during the middle of season 16 of The Bachelorette.

During the beginning of the season, we saw him receiving the very first invitation for a one-on-one date with Tayshia. And this went with her even saying she could envision a future marriage with him. It was then Brendan, with some nervousness, shared details of his previous marriage with Tayshia.

Ever since fans have been eager to find out more about this ex of his with the name Simone Santos.

Here’s everything you need to know about Brendan’s ex-wife details to whom has otherwise been few and far between.

Simone Santos turned 31 years of age on November 9, 2020. Based on his birthday, we can say, her zodiac sign is Scorpio.

Born in Stoughton, Massachusetts, Simone Santos lived in Los Angeles, California, as we write these. So, it’s apparent, Massachusetts is her hometown. However, she also spent some time of her life in Thousand Oaks, California.

About ethnicity, Simone’s family is from Brazil and she is the only family member born in America. As a result, she says her blood and heart are Brazilian.

Simone Santos is a beautiful fashion designer and samba dancer, standing tall to a height of 5′ 9” and a recent weight of 140 pounds. 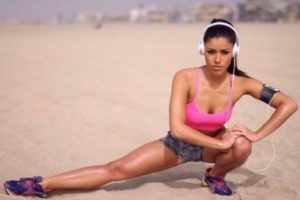 It is obvious, dance for her is so much more than just a profession. She dances every day, 4 days of the week, or more just for work. She said, “All other times I’m dancing cause I love it, whether out with my friends or while cooking food. Not only does it help my body stay fit and balanced, it helps my mind body and would stay balanced”.

Besides, the stunner also workout and plays volleyball at the beach.

Simone Santos, who was featured in the Soul in Shape issue 89, is active on Instagram. However, her profile with 63 posts on it (as of 3rd December 2020) is inaccessible to the public other than her 16.7k followers.

For now, in case she is also on Facebook and Twitter, we were unable to discover the pages could.

At the time of this writing, Simone Santos continued her job as a dancer for the LA Samba Dancers.

Also, she had started her own business, creating a clothing line called Mata Gal as a designer and stylist.

She said, she chose dancing because it’s one of her biggest passions and “it’s maybe the funniest jobs ever!”. Designing because she loves to create and to express herself through her clothing. And even more, than she explained, she loved making clothes that help women to feel confident, sexy, and at their very best.

Further, she also fancies her hobby of home decoration. We are not sure if she wished to pursue it as a career.

In the meantime, further intel on her life including the educational background and net worth was unrevealed.

Circa 2013, a contestant from The Voice named posted a video on YouTube that shows him watching his audition as it aired on television. Sitting at his side was a woman who he identified in the description as his cousin, Simone Morais, and her husband, Brendan Morais.

Except for a few pieces of information like this, there is not much detail known about their wedding or divorce.

What is known is what Brendan had to tell on national television. He said, there was no cheating, addiction, or abuse in the marriage that led to their separation.

Instead, he said the divorce was simply a consequence of two people growing apart as they matured in adulthood. He further explained:

“She (Simone) came to the realization that maybe children weren’t in her future.”

While Brendan himself always wanted to have kids. He shared:

“Being a father is really all I’ve ever wanted in life and so we went our separate ways.”

Brendan and Simone reportedly finalized their divorce around 2019. As a married couple, they stayed for a few years.

In the meantime, as her ex-husband envisioned a future marriage with Tayshia Adams in the dating show, we were not quite sure what Simone Santos was up to.