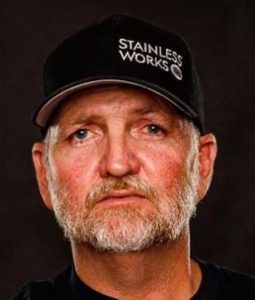 Do you love fast cars and illegal street racing and you have already watched all the Fast and Furious movies or you want the more realistic version of the movies? Well, if your answer is yes, you would love Street Outlaws. And among the street outlaws, you would love Jeff Lutz the most. In 2021, he crashed his ’57 Chevy.

Read this Jeff Lutz wiki below to know about the daredevil’s daring jobs with cars and street racing and his devilish crash. Also get to know more intimate details, like his wife, his hometown, his job, his age, etc.

The most recent news about Jeff Lutz was that he had had a very serious accident with his ’57 Chevy. The accident occurred on the 9th of May 2021, they were filming the upcoming 17th season of Street Outlaws.

From the pictures that have been released, it seems like the accident was pretty severe. Jeff was taken to the local hospital. And right now, he was recovering well. His favorite ’57 Chevy, however, was completely wrecked.

But once Jeff recovers himself, it was most likely that he was going to repair the car to its pre-accident glory, probably even better than that. Jeff was a great builder and fabricator and had a soft stop for building Chevys.

Jeff Lutz is a tall guy, standing at a height of 5 ft and 11 inches. His other distinct features include his greying hair and beard, as well as his sky blue eyes.

Jeff Lutz was born to his parents Kathleen Delores Lutz and Richard Lutz Sr. He was born and raised in his hometown of Pittsburgh, Pennsylvania. But he also had his roots in Butler, Pennsylvania, where both of his parents come from.

The Lutz family was grieve stricken recently when Jeff’s mother passed away on 7 November 2020. Jeff had come to social media a few times and called his mother the strongest woman in his life. His father had passed away a few years ago on 13 January 2015.

Apart from his parents, Jeff had three siblings, two brothers, and a sister. His brothers, Mark and Richard Jr., were both married to Sherri and Shannon, respectively. His sister, Julia, was married to Chris Coat and lived in McCandless Township, Pennsylvania.

Jeff first got behind the wheels when he was a young man and his brother took him for a test drive. It was a 1970 Chevy Camaro. He was hooked with the cars, especially Chevys ever since.

His first car was a 1985 IROC-Z Camaro, on which he made a few modifications and that became his catalyst for his career in car building. He worked for Cody Mac Motorsport in Connecticut and other parts of the US as a chassis wielder. But it was not just car building that Jeff wanted to do, but racing too.

He started to participate in the Hot Rod Drag Race Week. Through years, he accumulated skills and experience and finally won in 2014 with his 1957 Chevrolet Bel Air. Jeff won the second title in 2016 with 1969 Chevrolet Camaro Promod.

The secret behind the speed and performance of cars, according to Jeff himself, is the simplicity of their making, i.e. smooth chassis and his experience with such cars.

His expertise in building and fabrication got him in contact with people like Shawn Ellington and Justin Shearer. When they were cast to be part of Discovery Channel‘s Street Outlaws, Shawn and Justin both asked Jeff to help them build their rides. Later, he was hired for helping other cast members of the Street Outlaws. And eventually, he was cast on the show itself.

He reached the top of “The List” with his Mad Max, a 1969 Chevrolet Camaro Pro Mod. When the organizer of the show, Big Chief, removed all the Pro Mods from the list, Jeff returned with a ’57 Chevy Bell Air.

As of May 2021, Jeff was present across multiple social media platforms and he was huge in many of them. For example, on Instagram, where he posted mostly the pictures of his yellow ’57 Chevy, he had 536k followers. Similarly, on his Facebook page, 507k likes and 518k follows.

Jeff was present on Twitter but did not have that big of a presence. He had only 736 followers on Twitter. He also had a Reddit profile.

Jeff Lutz is married to his wife, Christine Lutz. While we do not know all the exciting details about Christine and their love story, we do know that they have a very loving relationship and have a happy family together.

On 31 July 2020, Jeff and his wife celebrated their 31 years since their engagement. In the caption Jeff gushed about his wife, saying that she keeps him “straight”. In another recent Instagram post, Jeff and his wife were photographed in Scotts Bluff. 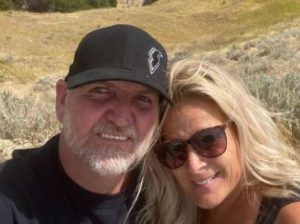 Christine is also a co-owner at Lutz Race Cars. And she is a year younger in age than Jeff.

So far, we do not know anything about Jeff’s daughter, or even if has one. We only know about his one son, Jeff Lutz jr., and his grandson, Jeff Lutz. III. Talk about a legacy.

But the legacy of Jeffs is not only limited to the name. Jeff’s son, Jeff Jr., has also inherited his father’s love for cars and building and fabricating. He is currently a fabricator at his parents’ company, Lutz Race Cars.

But there was no nepotism involved in Jeff Jr. working with his family. Before he could join the Lutz Race Cars, Jeff jr. had worked at Wagner Pickup and Van Parts. He went to Seneca Valley Senior High School.

Jeff’s son married Aguess Jane Lutz, and together they had a son, Jeffery Alan Lutz III.