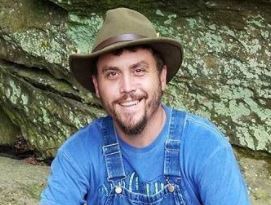 Mike Cockrell is the partner of Tennessee Shine Company. However, the public knew him because of his appearances on the Discovery show “Moonshiners”.

In this Mike Cockrell wiki, read about the bootlegger’s age, hometown, and wife. Furthermore, discover his net worth, fiancee, and family.

In 2021, Mike Cockrell reached the age of 42. Similarly, his birthday falls on 3rd April every year. What’s more, he spent his 42nd birthday dining with his mother.

Mike Cockrell Hometown: Where Is He From?

According to his Facebook profile, Mike Cockrell hails from Mize, Mississippi. However, as of 2021, he was residing in Sevierville, Tennessee.

He was born Michael Dean Todd Cockrell to parents: Stanley and Linda Cockrell.

What’s more, Clara Todd and Shelby Cockrell are his paternal grandparents. Mike also has 2 paternal aunties and an uncle.

Until early April 2021, Mike’s Facebook page had around 1.2 thousand likes and 1.4 thousand followers. His profile, on the other hand, enjoyed around 5 thousand friends.

Mike was also present on Instagram with the username @mcockrell85. However, he kept the profile private.

Per sources online, Mike Cockrell owns over $1 million in net worth.

As mentioned earlier, Mike is a partner at Tennessee Shine Company. According to the Tennessee-based company’s website, they are based on 4 sites: Gatlinburg, Pigeon Forge, Sevierville, and Wears Valley.

This LinkedIn profile states Mike is a CFO at Sanderson Farms.

As of 2021, there weren’t any public records of Mike getting arrested in the past. Moreover, the “Moonshiners” franchise had yet to confirm any arrests regarding its cast members.

If you didn’t know, Mike is a graduate of Mize High School.

In July 2014, Mike Cockrell got engaged to Jenna Hurst. As of April 2021, Jenna Hurst was still his fiancee and not his wife. 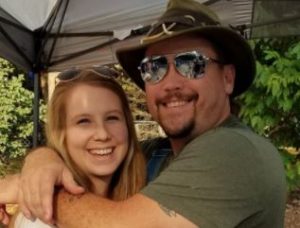 Jenna and Mike celebrated their 5th engagement anniversary at Dave & Buster’s. She later took to Facebook and wrote— “Happy Anniversary to the best man a woman could ask for! You are our whole world and the rock to it all! I could have never done this without you! I love you so much and pray for many more to spend with you and our kids!”

On 2020 Valentine’s Day, Jenna penned yet another sweet message for Mike. It read— “Happy Valentines Day to the man who makes our world go around!! The kids and I love you so much and wouldn’t know what to do without you! ”

The following year, Mike returned the favor. The “Moonshiners” star shared a photo of them on Facebook and revealed they were having a wonderful time at Chesapeake, celebrating the 2021 Valentine’s Day.

In March 2010, Mike welcomed his daughter, Maddie. Besides Heidi, he has few other children.