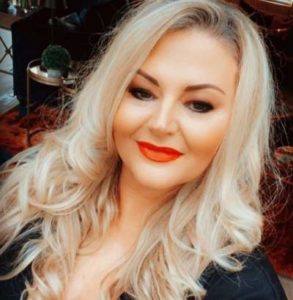 The Real Housewives of Cheshire premiered its 13th season on 10 May 2021. All of the wives from the previous series returned (except for Dawn Ward) for the season alongside a new face Deborah Davies.

So, Deborah is introduced on the British reality TV show as the original housewife Lauren Simon’s friend.

Keep reading this Deborah Davies Wiki and find out all about her.

Deborah’s official websites read: she was born as the result of a plane crash. She was the only child of her parents who are no longer alive.

Born to a mum who had no mother herself, and dad, who had no father, the site said, she was “a cuckoo in their nest and most certainly wasn’t planned.”

Referring to her physic ability, Deborah narrated her mum was a natural-born Medium with a fantastic ability to hear Spirit, and that her mum’s family line is said to go back to the Pendle Witches. Her father, however, had no such ability.

On her website, Deborah also opened up about the sexual abuse she once suffered at the hands of a teacher.

Deborah Davies could be followed on Instagram and Facebook where she respectively had 39.4K and almost 497K followers as of May 2021.

On her business account i.e. Facebook, she mostly keeps her sharing professional while Instagram is more about her, and her memories with her friends and family.

On her 5th wedding anniversary, Deborah shared a throwback moment from her wedding day, which showed her eldest James in absolute awe, on seeing his mother’s (Deborah’s) wedding dress.

Many of her fans thought Deborah to the familiar face in the industry. And they were right!

Before RHOCheshire, she played the role of the expert medium on the second series of Unexplained: Caught on Camera.

Deborah is a psychic medium. On S13 E1 of RHOCheshire, viewers heard her say, “Right from being a very small child, I’ve always been able to see and hear spirits“.

So after her first marriage fell apart, Deborah focused on her own business. And, now, she has over 400 psychics and mediums that working for her.

Talking about her net worth, which is as of the date anonymous to the world, there’s no doubt Deborah Davies is super rich from her way of living. The ITV’s screen showed a Rolls Royce parked on the drive of her huge open-plan house.

As of 2021, Deborah Davies is still married to her second husband, Pete Davies.

Just as the way, Deborah Davies puts on her website, all her life she had seen herself walking up the aisle to marry her soulmate. But when she got married in 1991, her mum asked her on her wedding day if the man she was marrying was the same man she saw as her soulmate. Her answer was ‘no’ of course. Back then, she thought, “maybe the dreams had been wrong”.

In 2009, Deborah parted ways with her first husband.

Then, on November 29, 2013, she married for the second time to her now-husband Pete Davies. She insists Pete is the man from her dream and that the exact scene played out, in reality, the day she walked up the aisle with him. 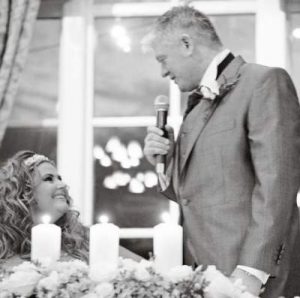 So, on their anniversary, a few years back, Deborah Davies took to her Instagram, some memories from their big day, writing:

“Other than my children being born, marrying Pete was the best day of my life. I love you my gorgeous handsome man, thank you for being my world, my life & making me your wife.”

Does Deborah Davies Have Children?

From her first marriage, Deborah had four children: James, Andrew, Matthew (Matt), and Tiffany. In five years of period, she gave birth to all four of them.

Deborah does not just believe she saw her soulmate from a very young age. But also that she knew all along she was destined to visit a child of her own in a graveyard. In fact, this did happen. She lost her second child Andrew.

Today, it seemed as though she shared no children with Pete.

Pete and Deborah have met somewhere towards the end of 2010.