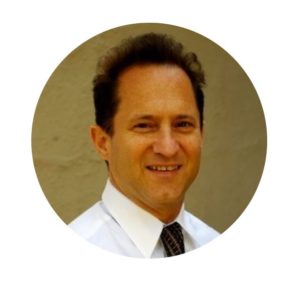 Jason Rubin, a newly proposed conservator for Britney Spears estate by her attorney, is a certified public accountant. But, Jason doesn’t have a successful track record on earning guardianship, as he was denied guardianship of his own mother.

Read everything about Jason Rubin, details on his wife, mother, father, and his net worth in this Jason Rubin Wiki.

In July 2021, Britney Spears’ new attorney Mathew Rosengart petitioned to remove her father James Spears, and replaced him with CPA Jason Rubin as the conservatorship that has controlled her life and money for 13 years.

Mathew stated in documents filed at Los Angeles Superior Court that the current legal arrangement “has grown increasingly toxic and is simply no longer tenable.” He also proposed that James Spears be replaced with CPA Jason Rubin as conservator of the pop star’s estate, which documents say equates to $2.7 million in cash and more than $57 million in assets.

“Any father who genuinely loves his daughter and has her best interests at heart should willingly step aside in favor of the highly respected professional fiduciary nominated here,” Mathew said in the documents.

Jason Rubin was 51 years old as of Aug 2021. He celebrated his birthday in January. However, his precise birthday is yet to be known.

Talking about his academic degrees, Earl graduated from UCLA and was one of the founders of the Bruin Democrats. He also worked on John Kennedy Presidental Campaign. He served in the United States Army for approximately 2 years.

Earl passed away on 23 April 2020 at the age of 82. He left behind his wife Ida Rubin and two sons one of which is Jason Rubin, and Mark Rubin.

Recently, Jason Rubin was having a legal battle with his mother, Ida, over the guardianship of the person and the estate of his mother. In this case, his brother was a respondent. According to the procedural history of the case, appellant Jason Rubin filed a petition for the appointment of a temporary guardian and to establish a general permanent guardianship over his mother, respondent Ida Rubin.

Jason alleged that his mother suffered from paranoid schizophrenia and that her mental health was declining. He had attached the call logs from the Las Vegas Metropolitan Police Department (LVMPD), as well as incident reports from the security team at Ida’s residence, Securitas USA, which detailed events where Ida would ask the officers to perform nonsensical acts.

On the other hand, Ida objected to Jason’s petition for guardianship, attesting that she was “competent enough to handle own medical and financial affairs.

Jason again requested the rehearing of the case but this time presented a physician’s certificate prepared by Dr. Gregory P. Brown. Though Dr. Brown didn’t personally evaluate the physical condition of Ida, he concluded that there was a presence of psychosis.

The rehearing also neglected to appoint Jason as his mother’s guardianship.

It is difficult to pinpoint his actual net worth, but Jason Rubin is estimated to have a net worth of over $5 million.

According to Jason Rubin’s LinkedIn, he earned his bachelor’s degree in accounting from California State University, Northridge in 1992. He is a licensed CPA, Accredited Business Valuator, Certified in Financial Forensics, California Licensed Professional Fiduciary, and Certified Global Management Accountant.

Jason started his career in 1991 by joining Matson, Driscoll & Damico LLP as an intern. He worked in the firm for 4 years. Then in 1995, he joined Kellogg & Andelson as a senior litigation services consultant where he worked for two years.

From 1997 to 2001, Jason worked with CBIZ as a director. From 2001-2002, he served as the manager of PricewaterhouseCoopers for forensic accounting, litigation support, and business valuation engagements. He reported results directly to the client, attorney, and/or partner of the firm.

After that, Jason joined Howrey LLP as a manager from 2002-2004. From 2004-2010, Jason Rubin worked in Munger Tolles & Olson LLP. Starting from 2010, he founded and served as the president of his own company Certified Strategies, Inc. His company had a total sum of $250 million entrusted fund to administer.

In the case between Jason Rubin and Ida Rubin, Jason’s wife Maya Rubin also had involvement as it has been shared they jointly filed the petition. Maya, as reported by The Times Of Israel, is originally from Israel.

No further information on their marriage surfaced in the public domain. Plus, their lack of presence on social media made it even harder to unearth their marital details. However, it has been alleged that Jason and his wife, Maya have a daughter named Sara Rubin.

According to Jason’s wife’s LinkedIn, Maya is a graduate of UC Santa Barbara and Pepperdine Graziadio Business School, She worked as a case manager for Stubbs and Associates, and has been serving as the certified strategies Inc. as Private Professional Fiduciary.