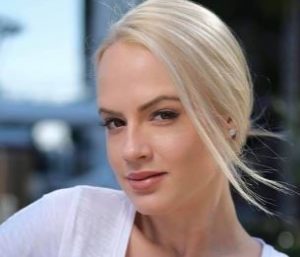 The Emmy-nominated yachting series Below Deck is back! So, it’s time to learn about the casts appearing on the ninth installment of this Bravo’s hit. Today, we bring you the chief stewardess Heather Chase venturing on the superyacht My Seanna.

Stay with this Heather Chase Wiki to know everything about her.

Heather Chase On Below Deck

Bravo’s Below Deck was all set to return on October 25, 2021, and joining Heather Chase this season were stews Jessica Albert and Fraser Olender, and deckhands Jake Foulger, Rayna Lindsay, and Wes O’Dell.

They were supposed to set sail on the Caribbean, under the guidance of Captain Lee Rosbach, but later, as an unexpected delay gets Captain Lee stuck on land, a new Captain Sean Meagher takes over.

As the new chief stew onboard My Seanna, Heather aspired to deliver the highest level of service, and naturally, she expected the same out of her stews. And to do so, she isn’t afraid to roll up her sleeve. An official Below Deck press release mentioned,

“Chief stew Heather is eager to deliver her guests an unforgettable experience, but when one of her stews becomes severely unmotivated, she must hustle to pick up the slack and maintain her five-star service.”

It seems like Heather will also have her hands full with this season’s charter guests. As seen in the teaser, she was caught in the middle of an immense argument.

Excited to be on the show, Heather took it to her IG on August 20 to promote the show. Also, talking about Instagram, she was praised by many over the platform for being cast on the show. Among them, the Below Deck alum, Alex Radcliffe and Anastasia Surmava are some of the names you might recognize.

Guess, the newcomer already had major connections with the alums.

Corresponding to her birthday, Heather is of the Cancer zodiac.

Heather Chase comes from a family of five. She was the middle child born to parents Derek Paglinawan, and Corey Laser. Her father Derek is from Glenwood, Hawaii, while her mother Corey is a Hilo, Hawaii who attended ITT Technical Institute.

As for Heather’s siblings, she has a brother named Logan Paglinawan (aka gizmo zero), and a sister named Bliss Yester (aka Bliss Abyss).

Bliss is a professional cosplayer who loved doodling.

According to Derek, Heather was the “rambunctious one, the precocious middle child, the one (he) threatened more than once to return to the kid store for a refund.”

Aside from them, Heather was very close to her grandparents Robert and Syleste Williams; especially her grandmother Syleste who was an artisan, and spiritual coach.

Syleste celebrates her birthday on March 11.

As of 2021, Heather resided in West Palm Beach, Florida far from her hometown Hilo, Hawaii. Reportedly, she moved to Mill Valley, CA from her hometown in 2012, and San Francisco 2 years later and finally found herself in Florida.

Mentioning her distinct features, Heather has whiteish blond hair and Mahina moon tattoos extending from her left thighs to her side abdomen.

It should be clear by now that Heather has been involved with the yachting industry for quite a few years now. She shared that she is a small-town girl who dreamed of sparkles and where the ocean could lead her. And so, she followed.

But before pursuing her dreams, she worked at a historical retreat called the Volcano House, and also worked as a yoga instructor. She even had a professional yoga page over FB @heatherkapiolaniyoga.

In light of her education, Heather graduated from Tamalpais High in 2012 and went on to attend the University of Hawaii at Hilo.

Just in case you are curious, a chief stew in Below Deck earned up to $6,000 per month.

Did you know: Heather participated in the Miss Hawaii Teen USA competition in 2014.

As of August 2021, Heather Chase’s last known relationship was with the Eastern Cape, South Africa native, Kegan Emms. The two officially began dating on January 9, 2017 and went on to cherish almost 2 years of dating bliss.

We often saw Heather traveling with her “golden boy” all around that state.

The last we saw them together was in August 2018, but it wasn’t clear when they broke off. 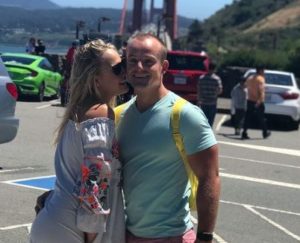 Though not much about Heather’s romantic life was known, her ex-boyfriend Kegan was single as of 2021.