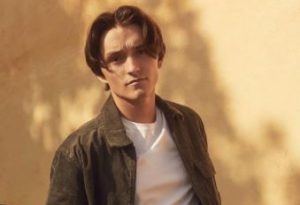 It is hard for any character to get noticed when they aren’t a part of the recurring cast; especially not when they are portraying a negative role. But, Will Ropp has proved it otherwise. Appearing as “Wyatt” on Love, Victor season 2, Will garnered the viewer’s attention for all the wrong reasons.

So, who is he? Learn all about his private life over this Will Ropp Wikipedia.

Will Ropp On Love, Victor

Hulu’s Love, Victor’s inaugural season dropped in June 2020, and exactly a year later, on June 11, 2021, its second season aired. Spoiler’s alert: This season, Victor (Michael Cimino) was struggling with his emerging and evolving identity being gay, and a few of his basketball team members including Wyatt (Will Ropp), wasn’t so accepting.

They went on to complain about him changing in the boys’ locker room. But by the time, Victor already quit the team. So, to gain back its star player back, Wyatt (Will) was kicked off the team and the rest of the players dyed their hair pink.

Unfortunately, his exact birth date wasn’t confirmed then. However, it could be July 11, as he once posted an IG pic where he wore an “it’s my birthday” sash on the very day. But the caption wrote, “It’s not even my birthday.”

Will Ropp was born to musician parents. His father played the sax, while his mother was a clarinet player. Sadly, the two broke up a long time ago, and Will then went on to live with his dad who married an actress, a Yale School of Drama alumna.

Apart from Ropp, the love for music was also inherited by his three siblings. His two sisters played the violin and the bass, and his brother Tommy was a singer. As for Ropp, he was a fluent trombone player.

Talking about growing up, Will spent the early 16 years of his life in his hometown  Darien, a town in Connecticut. Then, he switched high schools after his sophomore year and went down to Jacksonville, Florida. So, his family was pretty split between the Jacksonville area and Connecticut.

But as of 2021, they were split between Florida, Texas, Tennessee, California.

Mentioning his distinct features, Will has a peculiar triangular face. Also, he has brown eyes and smaller lips.

Will Ropp Net Worth

But the one that put him on the showbiz map was his role as “Kenny Dawes” in the movie The Way Back (2020). Recalling his time filming, Will shared that the movie’s protagonist Ben Affleck “became such a mentor by the end of the film.” He added, “Just picking his brain throughout the process was so, not only inspiring but informative and gave me a better grasp on the industry.”

So, how did Will get into the movie industry? Well, it all dates back to the time when his mom didn’t want to drive him and his sister to separate summer camps. So, basically, he got roped into doing a musical summer camp in Darien called MTW. He then got hooked into plays, and it wasn’t until he was at The University of Michigan he first got the Hollywood agent’s attention.

For him, the best part of acting was “how it affected the audience.”

In light of his education, Will went to The Bolles School where he was focused on baseball for a while. Then he went on to get his BFA in acting from The University of Michigan.

When Will was not acting, he practiced beatboxing. Yes, he is a talented beatboxer who has been making sound since seventh grade.

Will’s popularity has also got him to be featured in the fashion and lifestyle magazine, DAMAN.

Will Ropp Girlfriend, Is He Gay?

No, Will Ropp is not gay. However, his girlfriend’s information wasn’t available either as of June 2021. So, some people may believe that Will might be one, as his dating history wasn’t revealed. But the guy might just be personal about his dating life.

Did you know: The filmmaker, Jake Bistrong who passed away on June 7th, 2021 was one of Will’s closest friends.