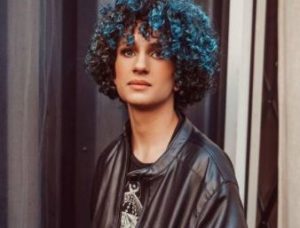 First introduced to the world through Real Housewives of Orange County, Jacob Windham-Burke is one of the seven children born to Braunwyn Windham-Burke and Sean Burke.

However, Jacob now holds his own identity — a drag persona, usually with a blond wig and a stunning blue gown. He went by the stage named Devine Devon and identified himself as a “very effeminate” straight man but not gay!

Here is everything you need to know about him shared over this short-bio.

Jacob Windham-Burke was born on July 6, 2005. That made him 15 years of age in 2021. Corresponding to his birthday, Jacob is of the Cancer zodiac.

If you are an RHOC fan then you should already know Jacob Windham-Burke’s dad Sean Windham and his mother Braunwyn Windham-Burke. They were “not following the old, antiquated rules” of marriage anymore and lived separately.

As for his mother, Braunwyn is a lifestyle blogger and reality show star. She came out as a lesbian at the age of 42.

Now, coming to the question if Jacob was adopted? No, he was not. Sean Burke is his biological dad. Jacob was the third born amongst the seven siblings namely (from the smallest), Hazel, Koa, twins Caden and Curran, Roan, and Bella.

Braunwyn shared that she initially wanted to have five children but the family felt “incomplete” after five. Thus, two more additions were made. Now, the number was up to seven (after losing a child), the parents shared that there won’t be a child no. 8.

Trivia: Jacob’s maternal grandmother Dr. Deb once stole the limelight of RHOC after her appearance in the 13th season.

Talking about his hair, Jacob has natural brown curls which he liked to color blue. Also, his hair looked identical to that of the French footballer, Mattéo Guendouzi. Furthermore, since Jacob generally wore a wig; because of the volume of his hair, he found it uncomfortable.

Also, Jacob shared the anime title “Violet Evergarden” over his IG bio. Considering that he streamed over Twitch disguised a blue-haired anime girl, it might be safe to say that Jacob is an anime fan.

In light of his education, Jacob Windham-Burke shared that he went to a “really  progressive liberal arts school.” He would even attend classes in heels and women’s clothing just for fun on random days. Moreover, “everyone there is just super, super accepting, and very nice. It is just the absolute most artistic, chaotic energy. It’s beautiful,” he added.

Furthermore, Jacob was into the musical theater there. He confessed, though he wasn’t a good singer, he was there because he could “act really well and dance pretty well”. Jacob also took this opportunity to share that he was used to being a competitive dancer.

As for his job, Jacob claimed that he is an actor.

Talking about his time on RHOC, Jacob shared that all the drama and hate that came with the show didn’t impact him at all. In his words,

“I’ve grown up in the age of the internet, I’ve grown up online. So I’m used to that.  Doesn’t matter if you’re doing something good or bad, you’re always going to get hate for it.”

Jacob Windham-Burke preferred to call himself a “very effeminate” straight man. He stressed,

Talking about his sexuality, Jacob mentioned that there should be more representation of straight effeminate men. He even brought his dad into factor,

“Everyone thinks my dad and I are both gay but we’re both straight men, we are just very effeminate.”

Over RHOC, Jacob revealed his new drag name as “Divine Devon”, all dressed up in a new look. Even his dad Sean showed up wearing heels, backing him up! Things were certainly getting interesting this season.

As to recall the first time when Jacob realized he wanted to dress in drag, he shared that there wasn’t much to say about it. He was introduced to makeup and dresses by his sisters from an early age. So before he knew it, he was already into drag.

He shared that the first time he knew the meaning of drag,