Is Tracy Spiridakos Married Or Engaged? 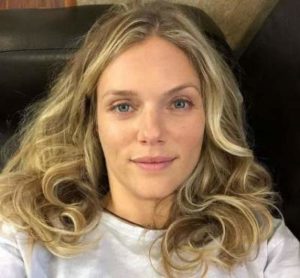 While her professional life has been an open book in the likes of Wikipedia, fans could not stop wondering what her private life’s like. Because it’s been rarely storied.

So, in line with the readers rising curiosity, here’s everything one needs to know.

Is Tracy Spiridakos Married Or Engaged?

From her born and bread place in Winnipeg, Manitoba, Tracy Spiridakos relocated to Vancouver in 2007, in pursuit of an acting career. Within weeks she came across her first-ever television role, a small part on Supernatural. She has been busy ever since!

During all this time, she certainly must have had fair shares of romances and many lover-prospects. However, her private nature did not allow her to keep her personal matters out and open in the public. So her interviews and stories covered by media outlets were strictly limited to her professional work. Also, her social media sharings were never telling in regards to her relationships and dating life.

With no traces of Valentines Day celebration with a loved one or wedding pictures, she appeared to be leading a single life to her outsiders.

Then again, that been said, there was this yet unconfirmed gossip that Tracy was dating singer-songwriter and film producer, Justin Ruane. The fact that she featured in Justin’s music video for the song “Who’s The One” in 2015, gave more credibility to the reports that claimed the pair were seeing each other in early-2017.

Not to mention, she had a one-time experience of being engaged. It was the year 2012 when Tracy, making an exception, had revealed she and her then-boyfriend Jon Cor were engaged.

Tracy met her Canadian actor contemporary while on the set of The Boy She Met Online a couple of years before the engagement announcement. They continued to star together in some other works, including the television series Being Human, and started dating in 2010. Two years into dating and Jon went down on one knee supposedly in Dec. 2012. But, instead of getting married, they called it quits. And just like that, out of nowhere, it was reported the two called off their years of romance. The last time Tarcy was spotted with her diamond on it was March 2013.

Neither Tracy nor Joe discussed their love story or the end of it, afterward.

If this may console you, Jon, the writer, actor, producer, acrobatics-loving martial artist, hobby guitarist, and a former Ford model, like Tracy, was not married, at the time of this writing. But, he sure went on to have fair numbers of romances starring on holiday Hallmark movies.

Does Tracy Spiridakos Have A Baby?

Tracy Spiridakos certainly did not have any human babies but felt pride in calling her adorable dog “my baby”.

Tracy Spiridakos’s Greek-born parents George and Anastasia Spiridakos used to be restaurant owners. So, Tracy too acquired the ethnicity from them and learned to speak fluent Greek.

She grew up alongside her two siblings, both brothers, Haralambos and Andrew. She learned kickboxing growing up guys her whole life. So, she had said, the action and the stunt part when doing the 2012’s Revolution really excited her.

A few years after she was born, the family relocated to her father’s hometown of Skala, Greece, and later returned to Canada in 1992.

Her late-father and the family purchased Olympia Diner in the summer of 2000, ran it successfully as a family business before passing it on to its new owner. It is said, the Spiridakos served up Winnipeg’s best Greek food.

Tracy’s parents survived 35 long years of marriage before her father passed away.

Not long ago, Tracy Spiridakos assured her fans that she will remain on the NBC police drama Chicago P.D. playing their favorite Detective Hailey Upton. On her stint since 2017, viewers saw her become left-handed and were surprised to hear she is actually blessed with the unique trait in real life as well.

As of Feb. 2021, Tracy Spiridakos’s wealth approximately stood at $3 million. The net worth of course is the result of her successful career in the entertainment industry.

The Saturn Award-winning performer began acting in junior high school. Eventually, she went on to study Acting at the Actors Training Centre of Manitoba.

0 Replies to “Is Tracy Spiridakos Married Or Engaged?”