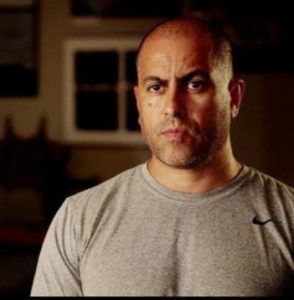 The “Reunion” episode aired on the 25th of August 2020, in Siesta Key was full of surprises.

While Brandon Gomes announced to his costars that he has a child, Madisson Hausburg had some surprising news of her own.

That, she is engaged to Ismael “Ish” Soto (the former producer of the MTV reality show)— Madisson gave away her big secret!

Maddison and Ismael’s relationship had been a focal point in the third season of the show, which premiered on 7th January 2020.

The premise this time, mostly saw Madisson, in her twenties, defending their 20-year age gap to friends and family.

Now, in the writing below, discover everything regarding Madisson’s fiance, the scoops that even the reality show was not able to cover.

Ish Soto grew up celebrating his birthday every year on 10th September. So, one can say his zodiac sign is Virgo.

Ish Soto loves his parents and siblings, dearly. The family despite being miles away from one another, make sure to pay visits from time to time.

Ish, being the younger sibling, has a big brother named Mario Soto and a big sister.

His brother Mario, who Ish credits as being the best father to his kids, is a sports performance & psychology consultant, life coach, as well as professor at California Baptist University.

In addition to being a brother, Mario has been like a mentor figure to Ish.

Ish said, he cannot thank his brother and dad, Juan Soto, enough for showing him what it means to be a man. “You are two shining examples of what true fathers are!”— Ish had written on the occasion of Father’s Day, referring to his brother and father.

In the meantime, the nationality Ish and his family held— remained unheard of. Last it was reported— Ish split his time between Los Angeles and Canada.

Sturdily built, Ish Soto stands tall beyond 5 feet and 11 inches, in height. Also, most lately, his weight was listed under 93 kg or 205 pounds.

It appeared, Ismael preferred a slight to longer beard than going clean-shaven. And more than sometimes, he also shaved his head. Not to mention, he seemed to have a thing for all kinds of caps.

More to his appearances, he has tattoos on both arms. On the left arm, he got the one with his dad’s badge, of the time when he was in Police, and a rose dedicated to his mother. He meant it as a gesture to celebrate two of the most important people of his life.

Ish Soto had 54.3K followers on Instagram (until 6th August 2020). Plus, more than a thousand people followed him on Twitter.

Before his romance with Madisson, Ish Soto was a co-executive producer on MTV’s Siesta Key.

While at the time of this writing, he continued doing his long-time job as the co-executive producer of The Curse of Oak Island, another reality television show.

Ish’s LinkedIn profile lists several other production jobs over the years — including roles with Prometheus Entertainment, Entertainment One, and ITV.

While his IMBD, describes him as a producer and assistant director, best known for Kitchen Nightmares, Take the Money & Run, and 10 Million Dollar Bigfoot Bounty.

In the meantime, from his multiple ventures, Ish Soto managed to gather on approx. $2.5 million net worth.

Followed by the big revelation on Siesta Key‘s episode, both Ish Soto and Madisson Hausburg took to their respective Instagram pages, on 26th August 2020, their intense feelings for one another.

Ish wrote about being beyond happy to be engaged to the most amazing and best person “he ever met” and Madisson also gave away the likewise vibes. She thanked the Siesta Key team to have brought together “in the most unexpected way”. “Here’s to forever, my fiancé”— she worded, with three red-heart emoticons. 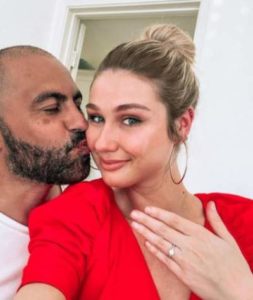 Now the fans wait until they finally get married putting an end to their long-distance romance.

Almost a year after their engagement, Madisson told People Magazine that she is pregnant, expecting her first child with Ish. She also revealed that their baby was due to arrive on 1st January 2022.

The couple has been together for about two years, going public on Instagram, during 2019’s New Year’s Eve.

After hitting the limelight, Camilla Cattaneo became one of the media magnets as online outlets...