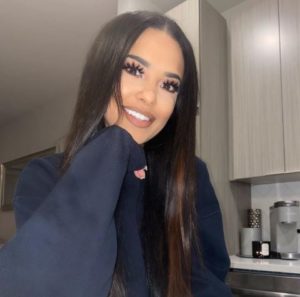 Maurissa Gunn was one of the Bachelor in Paradise contestants who left the season happy. Reportedly, she got engaged to Riley Christian and they remained together after the show. So, learn more about Maurissa and all the speculations before and after the show.

Maurissa Gunn On Bachelor In Paradise

As everyone claimed, Bachelor In Paradise for Maurisaa Gunn is a time for her to shine. When she starred in Bachelor in Peter Weber’s season, she was eliminated early on. On the 24 August 2021 episode of BIP, Riley Christian showed up with a date card and laid his eyes on Maurissa.

Maurissa was excited to go on a date with him only to find out that she would be playing the game of truth or dare with Riley. If they didn’t answer the question then they have to eat the food which kind of seemed gross.

The icky experience did make the date memorable for both of them and that could end up in a relationship. They made it through the date and also shared a night. So, all power to Maurissa this week whether she chooses Riley or Connor.

After Riley’s BIP Debut, via Instagram, Maurissa Gunn posted the best first date ever, minus the food which is a good sign for their relationship. No further updates have surfaced on whether they are in a relationship or not.

Maurissa didn’t give away any spoilers right away. Similarly, Riley also stayed on the same page. So, whether the relationship took a big step or they had a good run, and it ended, remained obscure. 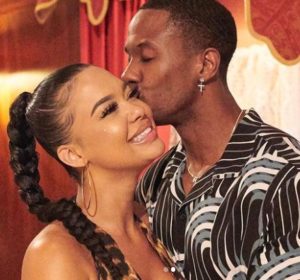 Maurissa Gunn and Riley Christian at the end of their date (Pic: Maurissa’s IG)

However, Maurissa and Riley weren’t following each other which wasn’t good for the two though Riley followed most of his Bachelor in Paradise contestants.

However, according to Reality Steve, the blogger confirmed that they were still together and engaged in Aug 2021. The spoiler king shared that they were one of the three couples that got engaged on the season finale. The other engaged couples on the show were Joe and Serena P., and Kenny and Mari.

As reported by Reality Steve, they are still together as an engaged couple.

Before joining the show, Maurissa had a five-year relationship with her high school sweetheart. She had believed they would end up as husband and wife but the relationship ended four years before The Bachelor show.

Riley Christian was quite a hit in Bachelor In Paradise show. He left everyone stunned and Tahzjuan Hawkins smitten.

What Is Maurissa Gunn’s Ethnicity?

BIP contestant Maurissa Gunn is an African-American beauty who appears to be of mixed ethnicity.

Maurissa Gunn was born to her anonymous parents in Billings, Montana, United States. There existed no information on either of her parents. Moreover, having a family with a large number of relatives, it was hard to deduce who were her parents.

But back when Maurissa was competing for Miss Teen USA Montana, she introduced herself with a video where she shared that she sneaked in lipgloss in her class when she was in 3rd grade but got caught and they called her parents which was the most devastating thing to go through at the time.

According to the 2013 Miss Teen USA site, Maurissa is the oldest of four siblings. Two of her known siblings are Marcus Gunn who is a basketball player at Laurel High School and Jameea Gunn, a prominent figure in Jiu-Jitsu who has been competing when she was in middle school and won countless matches.

Maurissa Gunn when she competed on beauty pageants became extremely conscious about the body image. She and other fellow competitors were pressured to get thinner managed to not only change her focus but gave her an unhealthy outlook.

Later, she shared that, Maurissa successfully lost 80 lbs of her body weight, but in a healthy way. She isn’t stopping there at all, she is working on losing more weight even though she looks great in her current state.

Maurissa Gunn got her high school education from Laurel High School. In high school, she was into softball, varsity cheerleading, and varsity softball. Then Maurissa attended Montana State University Billings and graduated as a class of 2017. She had earned her bachelor’s degree in Exercise Science.

Maurissa has worked as a patient coordinator at Panacea Plastic Surgery since April 2019.