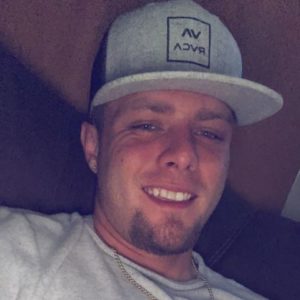 Jordan McCollum got famous on TikTok for his inspiring videos but found more fame after his low-key relationship with Mama June AKA June Shannon. As reported, to show off her love for him, she splashed nearly $50,000 buying him cars and renting a house.

Mama June And Jordan McCollum: Dating, How Did They Meet?

Mama June and Jordan McCollum allegedly met each other on TikTok. As The Sun reported, they bonded over the shared addiction. As a source told The Sun, they have grown close over their past addiction struggles and recovery.

On one TikTok video, Jordan opened up about his struggles and Mama June replied it was the best video ever and she agreed. She reposted the video and shared wrote: “Such an inspiration to me more than he will ever know, I’m finding ME… learning to love ME… and be my awesome forever.”

On top of that, Mama June has been showing off her love to Jordan by supporting him financially. She reportedly rented him a home in Alabama. It was a two-bedroom home on a cul-de-sac rented by June that she also furnished for him.

On top of that, she even bought him two cars. Mama June reportedly bought him a 2013 Nissan Altima and a 2019 model after the first car broke down.

On TikTok, Jordan showed off his car and bragged that someone special for him bought him a new car. Mama June commented, “You deserve it, and that’s a sexy car.”

As the source claimed Mama June was into him and was flirty with him. In fact, Mama June wanted to go public with her new relationship but Jordan wanted to keep it low-key.

On 26 July 2021, police responded to a welfare check for Jordan after his family wanted to make sure he was okay following him being kicked out of rehab he had been staying at. They responded to him in the cul-de-sac’s two-bedroom house and a woman named June Shannon answered the door.

The cops who responded spoke to Jordan and asked Mama June to stay inside. According to the officer, he was doing fine. He had previously shared that he was kicked out of the halfway house on his tear-filled TikTok.

Jordan is a father to a 3-year-old daughter Elizabeth Nevaeh who was born on 1st September 2017. According to his social media post, he met the mother of his daughter in 2nd grade. They had a great life together until 14 April 2021 when something happened when their relationship changed forever.

Jordan shared that he was in love with his baby mama from the very beginning. Though they were out of touch for few years, she slid into his DM after she watched him live streaming on Facebook. He wanted a baby and she didn’t refuse. She wanted a son and he wanted a daughter.

As the post revealed, they haven’t been together since 2019. She also revealed that her daughter has a baby brother and another sibling.

Jordan McCollum was born to his father Patrick Jason McCollum and his estranged mother in Hamilton, Alabama, United States.

Jason, as a single father, raised all of the kids, after Jordan’s mother abandoned him and his siblings when they were young. Later on, his father married Ashley Risner McCollum on 4 October 2012.

Coming to details on his siblings, Jordan McCollum has at least two, a brother named Scott McCollum and a sister named Ally McCollum. But his sister stated Gia McCollum as another sister and his father posted Jadin Loveless as a daughter.

Scott attended Northwest-Shoals Community College whereas his sister Ally is a student-athlete at Phillips High School who plays basketball.

Jordan McCollum stands tall at the height of 6 feet (1.82 meters).

Jordan is also on Facebook where he hasn’t updated posts for a very long time. Whereas, on Twitter (@prince_jo2121) he was able to gather 34 followers.

His Job: What Does He Do For A Living?

On 10 August 2020, Jordan McCollum made a TikTok where he revealed that he got fired from his job, for no reason. He didn’t reveal what company he worked in. In the video, Jordan shared that he went to work to find out that the sheriff’s department left a court summons at his workplace that was related to his child support payments. Everyone was reading it as if it was campfire storytime, and they handed it to his boss.

On 20 June 2021, Jordan shared with his followers on IG that he got a new job at Rosie’s Mexican Cantina in Florence, Alabama. Later in early July, he also revealed that he was starting ministry school.

His fans were very excited for him as over the years, Jordan has struggled with drugs, mental health, and suicide. On 13 May 2021, he revealed that he was starting rehab for three months and his fans showed him utmost support for his journey.

Last year in October 2020, Jordan had revealed that he was 1 year clean. But, he relapsed after that. As for his suicide, he had attempted it three times since he was 15.

Besides that, Jordan made it his job to inspire people with his story. He is a social media influencer on TikTok. He speaks about relationships, mental health, struggling with drugs.

TikTok star uploaded his first TikTok on 2 August 2020 which now has 6.3 million views and 1.1 million likes.

Jordan McCollum has an estimated net worth under $100 thousand.