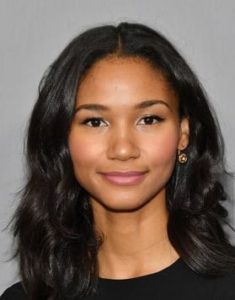 Greta Onieogou built up a considerable fanbase after her recurring role as Layla Keating in the Black Reel Awards‘ nominated series All American.

Also, Greta gained recognition from her character as Soraya Duval from the family drama series, Heartland (2007-2015).

Just at the age of 14, Greta got a chance to work alongside Drew Barrymore and The Late Night show host Jimmy Fallon in a feature film, Fever Pitch.

Stay till the end as we embark you on Greta’s journey to prominence.

Greta Onieogou was born on March 14, 1991, in St. Petersburg, Russia. Adah is her middle name.

In the spring of 2020, Greta turned 29 years of age. She and NBA superstar Steph Curry are birthday buddies.

Talking about her parents, Greta’s father was native to Nigeria. Her mother, meanwhile, hailed from Russia. Although she loves to call herself Russian, her bloodline boasts a mixed ethnicity.

Little else remained public about Greta’s siblings as of 2020.

Greta’s family lived in Russia until she turned 5 years old. Later, they moved to Toronto, Canada where the actress spent most of her days growing up.

Thanks to her diverse upbringing and background, Greta earned fluency in both Russian and English.

Trained in rhythmic gymnasts, Greta also worked with Olympian Alexandra Orlando before making it to the spotlight.

After her stunning debut in the movie Fever Pitch, offers began to make their way to Greta Onieogou. She appeared in major TV shows like Degrassi: The Next Generation and Naturally, Sadie (2006), Heartland (2007-2015).

Given her performances and hard work, Greta Onieogou’s net worth can be estimated at around $1.2 million as of early 2020.

Coming to her romantic endavours, Greta Onieogou was discreet about her dating life from the start of her career.

Greta chose not to share any information about her boyfriend. But fans shipped her together with Daniel Ezra (a costar from All American). Their on-screen chemistry has captured the hearts of many.

Fans asserted that Daniel fell under the ideal definition of a husband that Greta once mentioned. 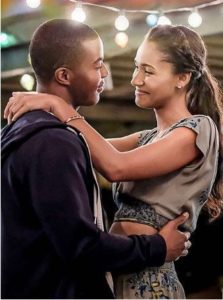 Greta Onieogou with her All American costar, Daniel Ezra

To the fans’ dismay, Greta focused on her career more than her individual life. She intended to capture the hearts of a million rather than a single person.

Bre-Z is an American rapper turned actress who is best known for portraying Tamila ‘Coop’ Cooper...

Samantha Logan is one of those multitalented divas of Hollywood, who are not only actors but also singers and...

Following a dream that you grow up seeing is a tough ask, but as the saying goes when the going gets tough,...