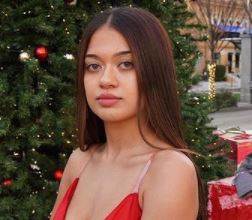 On 10th February 2021, news broke that TikToker Dazharia Quint Noyes passed away. She was also known as Dazhariaa, bxbygirldee, or simply Dee.

This Dazharia Quint Noyes wiki highlights the late social media star’s cause of death, boyfriend, and parents. Furthermore, continue reading and discover about her company, age, and social media reach.

Dazharia Quint Noyes Cause Of Death

Via TikTok, Dazharia’s father confirmed the news of her passing away.

A montage of Dazharia’s photos accompanied the statement.

At the time, Dazharia’s father didn’t let out the cause of death. However, on her GoFundMe page, he hinted that suicide may have played a role in her death. The page stated—  “I only wish she would have spoken to me about her stress and the thoughts of suicide”.

The grieving dad then continued— “She was my little best friend and I wasn’t prepared in any way, to bury my child. She was so happy, and would be so excited to see me when I come home from being on the road.”

Also, she used to celebrate her birthday in early-June.

Dazharia Quint Noyes, also known as bxbygirldee, was born to her parents Raheem Alla and Jennifer Shaffer. Her parents parted ways a long time ago.

Meanwhile, Dazharia’s mother, Jennifer was born in Houma, Louisiana. As of 2021, she was in a relationship with Willie Brock Jr.

Moreover, Dazharia was a native of Baton Rouge, Louisiana. Reportedly, she was of mixed ethnicity.

Dazharia may have had siblings from her mother’s side.

At the time of her death, Dazharia had over 140 thousand followers on Instagram. She had only uploaded 18 posts.

However, Dazharia possessed the most reach on TikTok. By Feb 2021, she entertained over 1.4 million followers on the platform.

A savvy businessperson, Dazharia Quint Noyes used her reach to build her brand. Her net worth, at the time of her death, was reportedly under $100 thousand.

In December 2020, bxbygirlldee launched her company called Dee Beauty. Discussing how well the launch of Dee Beauty went on Instagram, she wrote— “I just opened yesterday I was surprised of how many orders I’ve gotten. … thank y’all sooo much for supporting me and my business.”

Dazharia then added— “It’s like every time I printed out a shipping label and I said “one less package for today” I get a notification that another order came in. This might look very easy but trust me it’s not especially since I’m the only worker lol … I have to do sooo many things but I’m grateful for this !!”

When Dazharia Quint Noyes passed away, she was dating her boyfriend, Finessekidmike. They met for the first time in person in 2019, a year after connecting on social media. The couple also collaborated regularly.

During a Q&A posted on her YouTube channel, Dazharia and Finessekidmike shared they weren’t dating. At the time, they were living in two different states. While Dazharia lived in Louisiana, Finessekidmike resided in South Florida.

Dazharia refrained from labeling Finessekidmike as her boyfriend. On social media, she addressed him as her crush. 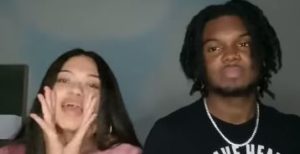 2 years her senior, Finessekidmike is also a social media star. As of Feb 2021, he had 23.9k subscribers on YouTube and 13.2k followers on Instagram.

Days after Dazharia’s death, Finessekidmike uploaded a tribute video with the caption— “God bless her and her next”. Over their picture, it read— “I think it’s time for me to let go, thank you for the memories we made together”.

0 Replies to “Dazharia Quint Noyes [bxbygirldee] Wiki: Cause Of Death”