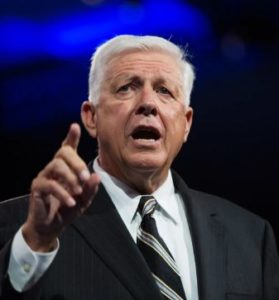 Foster Friess was best known as a republican mega-donor who was equally indulged in charity work. He also tried to become a senator for Wyoming but was defeated. Let’s explore other details on his life with this Foster Friess Wiki where we address the cause of his death, his wife, children, and grandkids.

Foster Friess Cause Of Death

Foster Friess passed away and the cause of his death was degrading health because of old age. He was diagnosed with myelodysplasia, a bone marrow disease that he had shared in September 2020. Foster struggled to keep his weight up and sustaining himself with a “pizza, spaghetti, and oatmeal cookie diet.”

The Republican mega-donor passed away at the age of 81 at his home in Scottsdale, Arizona, surrounded by his wife and kids, and grandkids.

While the name of his parents remains obscure, Foster shared a few details on them. A high school graduate, his father worked as a cattle dealer. His father drove around Northern Wisconsin buying cattle from farmers.

On the weekend, Foster’s father would collect all the cattle he bought and take them to St. Paul to sell them. Though he accomplished only optimum success, he definitely instilled a belief that hard work would help accomplish anything.

As for Foster’s mother, she belonged to a large farming family. She dropped out of school in eighth grade to assist her single mother and eight siblings. They would save their family farm in Texas by picking up cotton. Foster always remembered her mother as a cheerful person who would do her chores while whistling, with very little realization that she was an incredible woman.

It was from his mother that Foster learned what it meant to be committed to one’s family.

Almost no details exist on his siblings.

Foster Friess earned a total net worth of over $1 Billion. But, he has a story worth telling and struggles worth sharing.

From a very young age, Foster was either doing chores or working so that he could get paid. He worked as a paperboy and also harvested beans and strawberries. He attended Rice Lake High School, where he managed Dairy Queen and helped his father with the cattle.

Foster loved school and loved playing sports. He served as a class president and student council president. He was the captain of basketball, track, golf, and baseball and also earned a scholarship to the University of Wisconsin in 1958.

The Wyoming native also earned a scholarship to study international economics for six weeks in Oslo, Norway. He earned a BBA degree and joined the Iron Cross Society as one of UW’s 10 most outstanding senior men.

Foster’s career started in the U.S. army. He trained to be an infantry platoon leader and was an intelligence officer. After his service in the military, he launched his investment career by joining Brittingham, Inc as a director of research.

In 1974, Foster started his own investment management firm. But, his embracing Jesus Christ in his life changed everything in his life. The changes that he brought in his life, he also applied them in his company.

The company grew to $17 billion in assets under management. He was dubbed by CNBC’s Ron Insana as one of the great investors of the century. He became one of the earliest money managers to harness the internet for communications.

Foster was also a famed philanthropist who worked hard to better the lives of people all over the world. He worked in the water purification project in Sri Lanka, Malawi, and Haiti where he launched the Haiti Renewal Fund after the 2010 earthquake. He donated over $500 million to charity.

In October of 2017, Foster explored a possible candidacy for the Senate. He challenged Wyoming Senator John Barrasso for the Republican nomination upon the request of Steve Bannon.

Foster Friess was married to his wife Lynnette Estes. They tied the knots in 1962 and were together until his death. Though they lived prosperous life, later on, their marriage struggled initially. 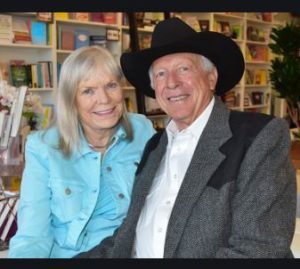 When Foster was working hard to make his business a success, he turned into a workaholic individual and a perfectionist. He became estranged from his wife, Lynn, and children and it almost ended up costing him his marriage.

However, they worked through the hardship and ended up having a successful marriage.

Talking about Foster Friess’s wife, Lynnette Estes hails from New York and graduated from the University of Wisconsin. She is the author of two children’s books; Western Lullaby and Carl and the Shadow Hill Gang.

Lynn also served as the trustee to the NMWA and board member of the National Cowboy and Western Heritage Museum in Oklahoma, City.

Foster Friess had four children with his wife, Lynn Estes. But among all, his son Michael is known by most.

At the time when Foster Friess started his first investment company, his son Michael Friess contracted spinal meningitis. Severely ill, he survived the disease but ended up losing his hearing. But, despite the impairment, Michael became an FAA-Certified helicopter pilot.

Besides Michael, he also had another son named Steve Friess, and two daughters one of whom was Carrie Madden Friess.

How Many Grandchildren Did He Have?

As reported by Washington Post, Foster Friess was a grandfather to 15 grandchildren.