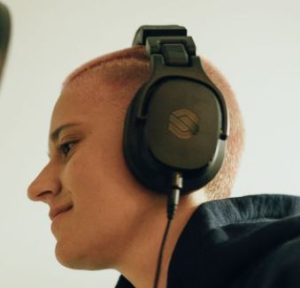 Former American Idol contestant, and now, an established singer, Avalon Young underwent the second out of the possible three surgeries to treat cancer on May 27, 2021. A day before her surgery she took it to her Twitter to update her fans and also let them know that, together, they were “gonna get thru this shit”.

So, what was Avalon up to at the time? Stay with Avalon Young wiki and catch up.

It was back on July 16, 2020 (her 26th birthday), when Avalon Young for the first time realized that something was wrong with her. However, at the time she believed that it was just a muscle spasm, and let it slide. But, in the following days, Avalon suffered numerous seizures and was forced to a hospital visit.

The doctors at first told Avalon that it was just anxiety. However, in February 2021, when Avalon wasn’t getting any better, she went under MRI which ultimately detected cancer. A few days later, she then underwent a 16-hour surgery to remove a peach-sized tumor from the front left temporal lobe of her brain.

Since the first surgery was rushed,— as it “was really important for them to get out the mass of the tumor” — a second surgery was performed in March to “get out as much as they can so when they go on with radiation and chemo.”

Overall, Avalon’s second surgery was a success, and she bears no malice toward the doctors who couldn’t immediately find the source of the problem. Instead, she blames cancer in general.

To help her battle cancer, Avalon’s mother and partner even started a GoFundMe campaign with a goal of $250 thousand. As of May 2021, it raised over $85 thousand.

Avalon Young was 26 years old when she got her second surgery against cancer in May 2021.

As per her birthday (i.e. on July 16), Avalon is of the Cancer zodiac.

Avalon Young was born to parents Kristen Cutright and Paul Young. Her mother, Kristen is from Livonia, Michigan where she attended Livonia Bentley. She later went on to graduate in International Business from Stanford Graduate School of Business in 1994.

Fun Fact: It was also Avalon’s mother who named her “Avalon” after the album of the same name by Roxy Music.

As for Avalon’s father, Paul has worked in corporate aviation management for over 17 years. In 2021, he was working as a contract pilot/aviation consulting at Young Aviation for over 4 years. For education, he went to Serra High School, Emery Aviation College for an Associate’s degree, and the University of California, LA for his bachelor’s degree.

According to Kristen’s FB, she and Paul were married back in February 1994.

Talking about Avalon’s sibling, she has a sister named Jadin Elizabeth Young.

Other members of her family include — Uncle: James and Glen; Cousins: Bradley, Meghan, Jason, Chelsea, and Jadin.

Holding the guitar since the age of 7, Avalon has always been singing and strumming. By 16, she was already involved in the San Diego music scene, and also got a chance to perform with the band Over the Edge.

In 2016, Avalon then went on to weigh her talent at the American Idol season 15 where she made it to the Top 8. Although she didn’t win the competition, Avalon gained a lot of fans with each performance.

As of 2021, Avalon has released an album called “Shift”, and a few singles and EPs including She don’t, Superbloom, and These Girls. That last we saw her, she was also set to release her “fire ass project” with her “fire ass manager” in June 2021.

Yes, Avalon Young is a lesbian. As of 2021, she was in a relationship with her girlfriend of over 3 years named Breanna Ojala. And from the looks of it, her partner seemed to very supportive about the whole “battle with cancer” thing.

On Feb 25, 2021, a week before Avalon’s first surgery, Breanna took it to her FB to speak on how Avalon meant “the world” to her, and implored her followers to donate to Avalon’s gofundme page.

Moreover, she even moved to North Hollywood, California in August 2020, probably to be with Avalon.

The two even shared a cute poodle. 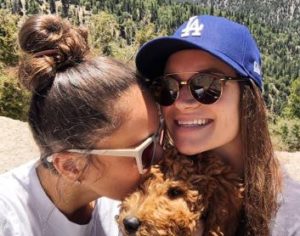 Though not much was shared about their early relationship, Avalon back in May 2018 shared that, during their early dating phase, she got plenty of comments about how she and her girlfriend looked like.

Wondering about when Avalon exactly came out to her fans? Well, she never officially did. It was implied that Avalon was a lesbian after she introduced her girlfriend to the world. However, a few already had guessed that she was one, while others were shocked to know that was the case.

As the partner to the former American Idol contestant, Breanna Ojala a.k.a Bre has got quite an attention. So, who is she?

A Napa, California native, Breanna is a San Diego State University business marketing graduate who went on to become head of marketing and operations at the Next-Level Coaches. She is also a Kinesiology student who graduated from the University of Hawaii at Manoa in 2016.

During her teens, Breanna attended Napa High School where she played baseball as a Shortstop. After graduating in 2013, she then joined Cuesta College where she played her freshmen and sophomore seasons and earned Athletic Honor Roll accolades for 2013 and ’14.

Repaotrdlty, Breanna was 5 feet 7 inches (170 cm) while she was still playing baseball.