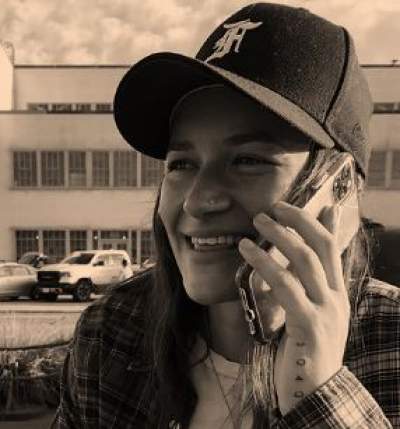 Earlier in 2021, American Idol’s Avalon Young underwent surgery to remove a large brain tumor. The season 15 finalist has been open about her ailment. And in May that year, as she talked to PEOPLE about how her fans and family have been supportive through every single thing that she has gone through, some of us were curious what was her girlfriend Breanna Ojala’s role in all this.

Find out in this Breanna Ojala wiki writing below.

Reportedly born in 1995, Breanna Ojala should have reached the age of 25 in June 2020. The day 19th of June marks her birthday each year, which means she is a Gemini.

Breanna’s father Robert Ojala passed away untimely in May 2010 at the age of 49. Breanna cites the day as the worst day of her life. Years later, she still misses her and says “it doesn’t get any easier.” Then again, she also believes that her dad (her role model) lives on through her and her brother Bobby.

Their late father was working several jobs as a sales manager and sports coach until his death. He is also survived by his wife Robin. Now Robin Gardelle married Breanna’s stepdad Steve Gardelle in 2016.

Breanna Ojala, in her slim yet athletic and well-tamed physique, stands to a height that is 5′ 7″ or 1.70 meters.

Naturally, Breanna did not entertain as many followers on social media as her BET’s Next Big Thing Top 8 beau. Even though Bre’s accounts could be spotted on Instagram, Facebook, and Twitter. Plus she was rarely featured on the R&B singer and songwriter’s socials.

Breanna Ojala, aka Bre Ojala, has been the Head of Marketing & Operations at Next-Level Coaches as of the 1st of Jan. 2020. She is also an aspiring Softball Player. As a college major (majoring in Family Resources) she played under Hawaii Athletics.

She studied Business Marketing at San Diego State University (SDSU) from 2018 to 2019. At some point, the Napa High School graduate also studied Kinesiology at the University of Hawaii at Manoa.

And before May in 2021, she had already saved almost $100K in reported net worth probably from her Marketing job. Just so you know, indeed.com has reported that the average salary for a head of marketing is $107,119 per year in the United States.

Breanna Ojala And Avalon Young: Dating, How Did They Meet?

On Feb. 25, 2021, after Breanna had been in a relationship with Avalon Young for over three years, the former took to her Facebook to write, Avalon had been diagnosed with a very large brain tumor a week before. She informed Avalon was having the surgery to get it removed, the next day. This is also when Breanna set up a GoFundMe to help with the medical expenses. (Avalon’s fans since American Idol days donated thousands of dollars to the very campaign. So far, i.e. until late-May 2021 they raised over $85K.) 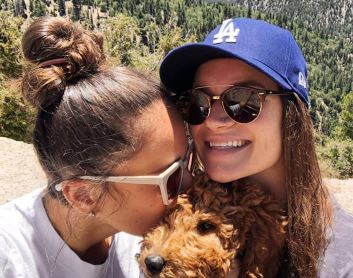 This way, Bre has said it time and again that Avalon means the world to her. But still, she was yet to share the “How I met Avalon” story.

Following the first one in February, Avalon underwent the second of a possible three surgeries to treat her cancer on May 27, 2021. Exclusively with PEOPLE she shared with the second surgery, her doctors wanted to get out as much of the “really, really big” tumor mass as they can so when they go on with radiation and chemo, they have a better chance of fully killing all cancer that is in there.

While being mostly just angry with the thought of cancer in general and learning to get used to the fact that she is dealing with it at 26, her positive attitude bolstered overtimes. Thankful to have her wellwishers stand by her side through it all, she bravely spoke,

Breanna and Avalon, who have been told that they kinda look alike, have been together since at least 2018 but featured on each other’s socials even before that.

Bre moved to North Hollywood in California in 2020 possibly to be with Avalon. Before this, she was based in San Luis Obispo, California in 2013 and led the rest of her early life in her birthplace Napa, California.

Of many other kinds of stuff and a shared passion that binds the duo together, their dog makes it the topmost priority.